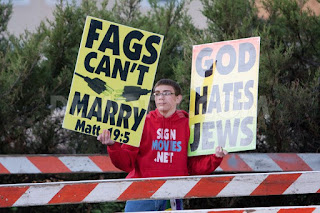 The hated Mr Sheridan is under attack once more. Why this time? It's months since I mentioned liturgy on this formerly liturgical blog. Unless, perhaps, Mr Sanchez had my sojourn in Ireland in mind, in which case he might concede that my lofty contempt for the want-of-liturgy I experienced in Stranorlar and Knock is justified. And none of that was as trivial as a missing third Confiteor (who gives a shite about that?!), but instances of complete departures from Tradition, and even good taste. Perhaps it's because I took the high ground, shook the dust from my feet and said: "serves you right!" People should know by now that I have washed my hands completely of empathic concern for the present state of the Roman Rite. I simply do not care any more. As Dame Edna would say in her assiduous way: "I am only human. Prick me and I bleed!" So I have said: "There is only so much disappointment, incompetence and malice I am prepared to tolerate." Did I just say "malice?" Yes I did, because there comes a point at which those who care about tradition and those who confuse tradition with a rigid, rancorous adherence to Papal fiat come to blows, and I am sorry to say that the latter have always triumphed and trample upon their foes with hideous delight as the Jansenists, heretics and sedevacantists they undoubtedly think we are. For those of you who care to dispute this, I have many a personal experience to share to support this. It is not an assertion based on ignorance or prejudice. As in modern day politics, it is the triumph of the Neo-Conservatives! As such, I can say with confidence that there will be no love between RC traditionalists and me to my dying day.

I've been compared to the late Lord Bannside before (which I take as a compliment); I've been called demagogic, fanatical, insane, &c. But I've never been compared with the Westboro Baptist church. What on earth next!
Posted by Patrick Sheridan at 3:25 pm
Email ThisBlogThis!Share to TwitterShare to FacebookShare to Pinterest