...it is easy to fall low.'' Thus spake Sador, a servant in the house of Húrin, to the boy Túrin, who, after the death of his sister Urwen, asked after the manner of the fate and history of Men. 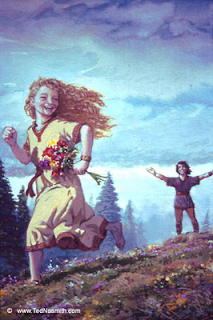 It is very apposite for our time, I daresay, and I have used that quote before. As C.S Lewis said, post-Christian man is as far removed from pre-Christian man as whores are from widows. I digress. But, how I grieve for the great Fr Hunwicke, feeling for his shame! It seems that, after being treated abysmally by the Roman Catholic church, he has agreed to give a talk for the Latin Mass Society, who are holding a one day conference on Saturday 9th June. There are several speakers, one of whom I have never heard of, and no subjects are given, but it will probably be the usual drivel - that the Ordinariate can serve only to quicken the barren wasteland of Latin Rite liturgical life (with similar hopes for the $$PX), that we all love the liturgical books of 1962, that Benedict XVI is the greatest man who ever lived, and blah, blah, blah. Heaven forbid that they cease this grotesque charade and face the facts!

The liturgical books of 1962 need no explanation here, having been the shibboleth of Liturgiae Causa for these two years. The Ordinariate is in a similar vein - with just as much pretence, historic revision, etc, as Summorum Pontificum. The pope's obsession with the $$PX is certainly telling. John Zuhlsdorf often calls Benedict XVI the ''pope of Christian unity.'' If by ''unity'' he means some sort of relativistic fudge, where a variegation of traditions exist side by side having only their shared communion with the occupant of a certain bishoprick in common, and brought about by aggressive proselytism, then I think he is right. On this point no doubt Roman Catholic apologists would bring up my very own objections, and say: ''well, you spend half your time criticizing Ultramontanism, saying that ''catholicity'' is not synonymous with ''uniformity;'' now you seem to be objecting to precisely the opposite of that. Are our uniate cousins not in possession of a venerable complexity of traditions and devotions, and does not the pope protect them from Latinization?'' Well, he might, but that is not the point. In terms of Western Christians, what do Anglo-Catholics have in common with the $$PX? Absolutely nothing! This is not so much about the externals of Divine Service as cultural and psychological factors. Christians of the Anglican tradition are very different. I can hardly imagine Richard Williamson adding the Sermons of +Lancelot Andrewes to his library because his lord pope is suddenly enthusiastic about Anglicans anymore than I can imagine anyone like the good Fr Hunwicke taking much notice of some ill-informed tract published by the $$PX on the heresies of the Prayer Book of the Church of England (which itself is far more catholic and traditional than the liturgy celebrated eagerly by the author, I doubt not. St Joseph the Worker is not in the Book of Common Prayer. If Rome took Anglicanism seriously, maybe she would look to the Prayer Book kalendar of saints days and see how many discrepancies there are now between that and her own bastardised kalendar, which was before, in many ways, consonant with the Prayer Book). Or maybe, in time, the pope might say something like: ''you are in communion with us whether you like it or not,'' and we can watch a host of longed for (on my part) internal schisms come about. 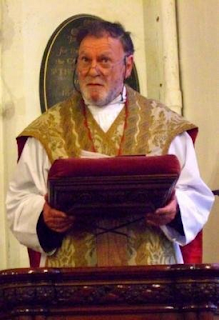 To come back to Fr Hunwicke, perhaps Rome's very real ancestral disdain for the Church of England is seen most clearly in her refusal to even give him even the honorific title of ''father,'' or ''reverend.'' Now, I am ignorant of much that I ought to know, as a catholic and as a person, but I had hitherto always conceived of conversion as entailing some sort of ''prodigal son'' scenario, and that all the inconveniences of conversion were thrust upon one by people and institutions outside the visible confines of that church or faith community. It seems to me to be quite the opposite with Fr Hunwicke, and that maybe his newfound religion finds him dangerous, or in further need of more draughts of the Ultramontane drug. Who knows? I just find this whole matter very grievous.

Art: Ted Nasmith. A sketch depicting the child Lalaith (Urwen), sister of Túrin, before the Evil Breath came out of Angband. ''Lalaith'' is Sindarin for ''laughter.''
Posted by Patrick Sheridan at 6:25 pm
Email ThisBlogThis!Share to TwitterShare to FacebookShare to Pinterest