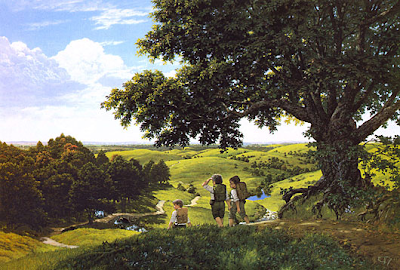 Were I to read newspapers at all I would read The Telegraph. Having said that someone at work presented me with an interesting article (a letter in fact) from The Sun, notorious for its Page 3 (but let's say no more about that). It's about an anonymous viral email being sent about the Internet by a praiser of times past. It seemed so important and apposite that I have produced it here:

First, we survived being born to mothers who smoked and/or drank sherry while they carried us and lived in houses made of Asbestos.

Then, after that trauma, our cots were covered with lead-based paints. We had no childproof lids on medicine bottles or locks on doors or cabinets and when we rode bikes we had no helmets or shoes, not to mention the risks we took hitchhiking. We would ride in cars with no seatbelts or airbags.

We drank water from the garden hose, not a bottle. Takeaway food was limited to fish and chips, there were no pizza shops, or McDonalds, KFC, Subway or Nando's.

Even though all the shops closed at 6:00pm and didn't open on a Sunday, somehow we didn't starve to death!

We shared one soft drink with four friends, from one bottle, and no one died from this. We could collect old drink bottles and cash them in at the corner store and buy toffees, gobstoppers and bubble gum.

We ate white bread and real butter, drank cow's milk and soft drinks with sugar, but we weren't overweight because we were always outside playing!

We would leave home in the morning and play all day, as long as we were back when the streetlights came on.

No one was able to reach us all day but we were OK. We would spend hours building go-karts out of old prams then ride down the hill only to find out we forgot the brakes.

We built treehouses and dens and played in riverbeds with matchbox cars. We did not have Playstation, Nintendo Wii and Xbox or video games, DVDs or colour TV. There were no mobiles, computers, internet or chatrooms.

We had friends and we went outside and found them! We fell out of trees, got cut, broke bones and teeth and there were no lawsuits from these accidents. We ate worms and mud pies, too.

Only girls had pierced ears.

You could buy Easter eggs and hot-cross buns only at Easter time. We were given airguns and catapults for our tenth birthdays, we rode bikes or walked to a friend's house and knocked on the door or just yelled for them.

Not everyone made the school rugby, football, cricket or netball teams. Those who didn't had to learn to deal with disappointment. Imagine that. Getting into the team was based on merit.

Our teachers hit us with canes and gym shoes and threw the blackboard rubber at us if they thought we weren't concentrating.

We can string sentences together, spell and have proper conversations now because of a solid three Rs education.

Our parents would tell us to ask a stranger to help us cross the road.

Mum didn't have to go to work to help Dad make ends meet because we didn't need to keep up with the Joneses!

The idea of a parent bailing us out if we broke the law was unheard of. They actually sided with the law!

We had freedom, failure, success and responsibility and learned to deal with it all.

You might want to share this with others who grew up in an era before lawyers and government regulated lives.

And while you are at it, forward it to your children, so they know how brave their parents were.

Older people always think that the world is worse than it was when they were young. I expect that they are right in some respects, and that this is a result of the great apostasy from the Christian faith. One thing this letter does not mention (for whatever reason) is the Lord's Prayer. My father went to an irreligious school and the Lord's Prayer was said everyday before assembly. My mother went to a convent school and had a more rigorous cycle of daily prayers and Mass (I don't know how often), and about the school were crucifixes which offended no one. There were hardly any ethnic minorities, and the few who were present dressed up Western fashion anyway and spoke English.

This letter picks up on many things which I personally hold dear. What the author says about Easter eggs and hot cross buns is very important. Why are hot cross buns sold in the Summer time in supermarkets? I refuse to buy them, nor do I buy fruit and vegetables out of season. Who wants strawberries and cream during the Winter months? ''Only girls had pierced ears'' - I should think so too! My father said that when he was young the only boys who had their ears pierced were ''pansies'' or traveller types and their ilk. But men do seem to have become more effeminate nowadays, and women more masculine - is it a devilish plot to obscure the sexes?

I'm afraid that for those of us doomed to live and work in the real world there is not much we can do except witness to Christ as best we can. I have made a moral choice not to speak to anyone with whom I work now except in matters of work. I cannot be too candid or explain that, but shunning is certainly a scriptural practice. Pray, work and strive to live better lives in the fear of the Lord. None of us can stem the tide of the Machine (against which Tolkien wrote in The Hobbit, and The Lord of the Rings), nor do much to assuage the grief inflicted upon us and our friends by the anti-Catholic vitriol of our time, but we are not strong of ourselves. Is it the Psalms that say that our ''sufficiency is of God''? I forget. Whatever betide, I will go forth in the strength of the Lord God.

Art: Ted Nasmith. It depicts the Green Hill Country within the Shire. Not much is left of the fields and hills of England, what with motorways and hedge rows.
Posted by Patrick Sheridan at 2:30 pm
Email ThisBlogThis!Share to TwitterShare to FacebookShare to Pinterest