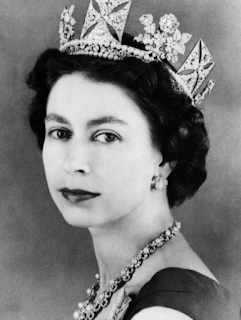 ''And this I remember of Boromir as a boy, when we together learned the tale of our sires and the history of our city, that always it displeased him that his father was not king. 'How many hundreds of years needs it to make a steward a king, if the king returns not?' he asked. 'Few years, maybe, in other places of less royalty,' my father answered. 'In Gondor, ten thousand years would not suffice.' Alas! poor Boromir. Does that not tell you something of him?'' (The Lord of the Rings, Book IV, Chapter V).

Kingship is the best form of government. It seems that Tolkien thought so too (remember what he said about δημοκρατία, that the Greeks spoke of it in scorn, and that to them it meant simply mob rule?). Of course, anyone who has read anything by Tolkien would know the esteem he had for kingship in imitation of and service to a greater kingship - in Arda, the kingship of Manwë, appointed before all ages by God Himself, or in the Christian Era that of Our Lord Jesus Christ, until recently. The matter of kingship always gets me wondering about the cult of ''Christ the King.'' Like Joe the Worker, such a modern cult (since the 1920s raised to the dignity of a liturgical feast) arose during an era of increasing faithlessness, and I would personally question its religious value since it was clearly reactionary and a counter product of the Enlightenment, with all its philosophical barbs, and political revolutions. With a Christian Monarch you wouldn't need modern cults celebrating communism or a feast dedicated to a political philosophy, you would just have Catholicism in situ - Bishops, Priests, Deacons, a Divine Liturgy (with prayers for the Sovereign), and it would all make sense. I cannot see how anyone could truly love Liturgy and despise Monarchy. This could go to explain why so many Traddies, disloyal to the Crown, seem content with spurious tat and aren't interested in historical liturgical accuracy, but we all know there's more to it than that. 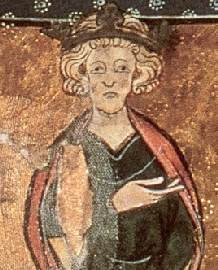 And no, you are not at liberty to disagree. We don't go in for this modern notion that all opinions are equally valid on this 'blog, it all depends on the Tradition of Christian Civilisation. Kingship is the best form of government because it mirrors the Divine Kingship of Christ in Heaven. Anyone who disagrees with this truism is an enemy of Christ.
Posted by Patrick Sheridan at 5:30 pm
Email ThisBlogThis!Share to TwitterShare to FacebookShare to Pinterest