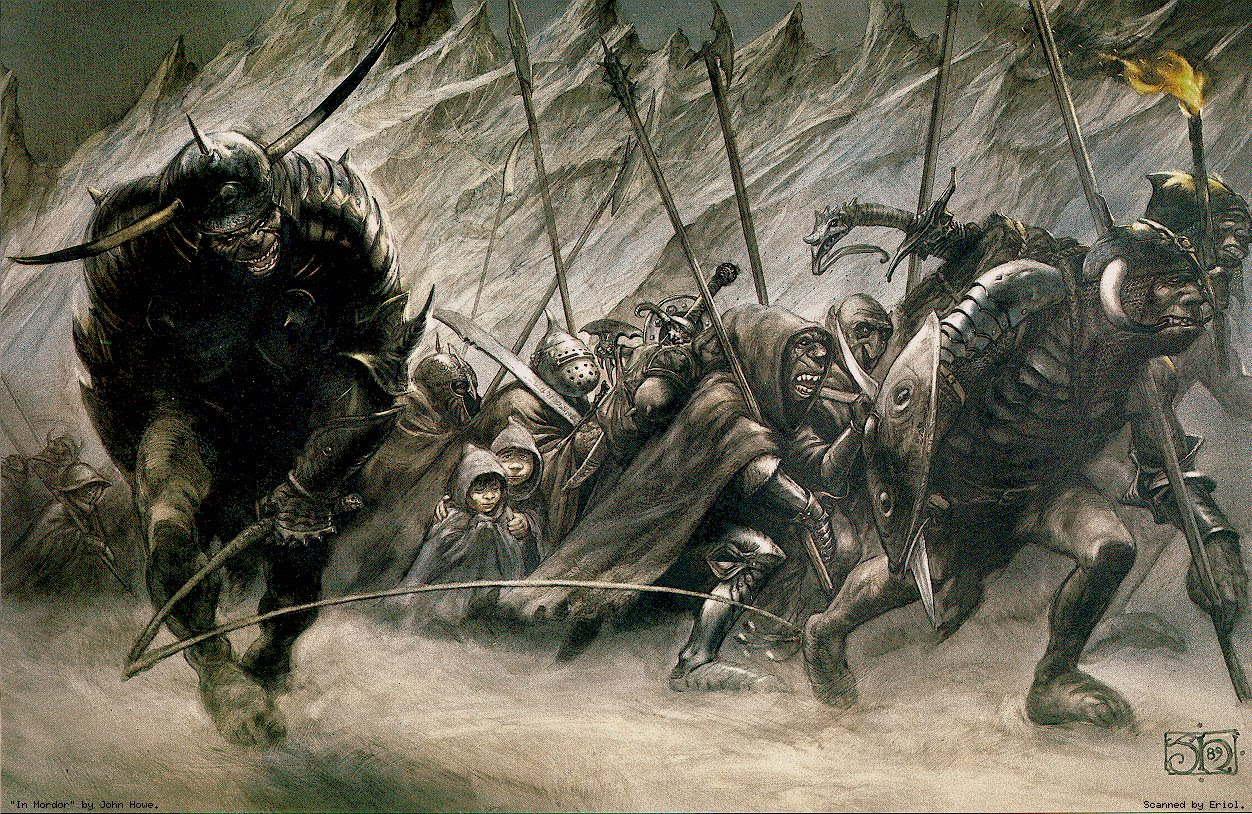 I saw this this morning:

A fundamental reason why people gather in St Peter's Square and pour out their hearts in prayer and cheering is that the Pope bears the burden of belief for the whole Church. If it were not for Pope Benedict, many Bishops around the world (and some close to home) would long ago have spoken out in favour of women priests, gay marriage, artificial contraception and a host of other aberrant doctrines. What has prevented this from happening is the Holy Father, the successor of Peter who has confirmed his brethren in the faith. An interregnum brings with it a note of disturbing chaos. The announcement Habemus Papam will be applauded with relief and joy even before the name is given.

I thought immediately of one of the best quotes you will ever read in The Lord of the Rings, or even the entire legendarium:

''And far away, as Frodo put on the Ring and claimed it for his own, even in Sammath Naur the very heart of his realm, the Power in Barad-dûr was shaken, and the Tower trembled from its foundations to its proud and bitter crown. The Dark Lord was suddenly aware of him, and his Eye piercing all shadows looked across the plain to the door that he had made; and the magnitude of his own folly was revealed to him in a blinding flash, and all the devices of his enemies were at last laid bare. Then his wrath blazed in consuming flame, but his fear rose like a vast black smoke to choke him. For he knew his deadly peril and the thread upon which his doom now hung.

''From all his policies and webs of fear and treachery, from all his stratagems and wars his mind shook free; and throughout his realm a tremor ran, his slaves quailed, and his armies halted, and his captains suddenly steerless, bereft of will, wavered and despaired. For they were forgotten. The whole mind and purpose of the Power that wielded them was now bent with overwhelming force upon the Mountain. At his summons, wheeling with a rending cry, in a last desperate race there flew, faster than the winds, the Nazgûl, the Ringwraiths, and with a storm of wings they hurled southwards to Mount Doom.'' The Lord of the Rings, Book VI, Chapter III.

It's interesting what comparison we have here. In The History of Middle-earth Volume X Tolkien writes very eloquently of the nature of Orc minds relative to the domination of the Dark Power. Corrupted Elves (and Men) the Orcs naturally had independant wills but such was the power and tyranny of Morgoth in his ruination of them that those who served in garrisons of his strongholds, at his court and in his armies were reduced to a state of absolute servitude to his will; they would act like herds, obeying instantly any command, even if it be that they slay themselves in his service. When the will of Morgoth was removed from the world at the end of the First Age the Orcs who had been so controlled were scattered like leaves before the wind, without purpose either to flight or to fight, and soon died; until Sauron arose again and gathered the wandering companies of the Orcs to his service. The Battle before the Black Gate says it all:

''As when death smites the swollen brooding thing that inhabits their crawling hill and holds them all in sway, ants will wander witless and purposeless and then feebly die, so the creatures of Sauron, orc or troll or beast spell-enslaved, ran hither and thither mindless; and some slew themselves, or cast themselves in pits, or fled wailing back to hide in holes and dark lightless places far from hope.'' Ibid, Book VI, Chapter IV. 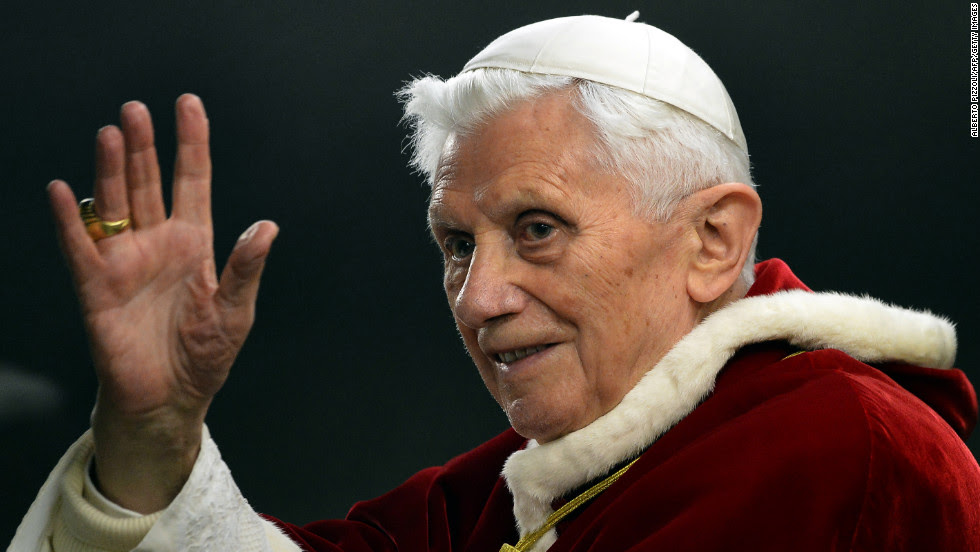 And so when people say things like ''if it were not for pope Benedict,'' ''the pope bears the burden of belief for the whole Church,'' ''what has prevented this from happening is the pope,'' it makes me wonder why they think that one man is necessary for the sustenance of an entire belief system. Even more interesting is when they admit that a period of Sede Vacante brings with it a sense of chaos, because the central power that holds them all in sway is removed and they're all nervous about what the future holds for them, what beliefs they will be required to believe, what kind of liturgy they will be required to attend, and so on. Therefore might we not reasonably compare Roman Catholics, and specifically the traditionalists, to the Orcs, not of the kind that Sam overheard in the passes of Cirith Ungol who said that life was better without Big Bosses (Sauron's attention was not immediately on them, you see), but to the kind in Morgoth's and Sauron's armies, who fled like feeble, witless beasts when their lord was reduced to impotence? If the upcoming Conclave lasts many weeks (not likely) will Roman Catholicism simply crumble from within (I am not, by the way, unaware of the length of some historic conclaves)? But their very survival is conceived only in terms of obedience to a great authority. The Orcs, those of them who survived the tumults at the end of the First Age (and probably the Third also), lived on in petty, isolated companies deep under the mountains. What will happen to the Traddies under the new queen ant? What if he is not to their liking? Will they flock to the ''pope-emeritus?'' Will he say to their petitions and prayers, ''I am not infallible anymore; but you may pray to me as a saint?'' (I've no doubt that New Catholic will start a petition on Rorate Caeli to have Ratzinger canonized as the greatest of all modern popes).

I will say no more as yet. We'll have to wait and see what the next ''Vicar of Christ'' turns out to be.
Posted by Patrick Sheridan at 7:00 pm
Email ThisBlogThis!Share to TwitterShare to FacebookShare to Pinterest