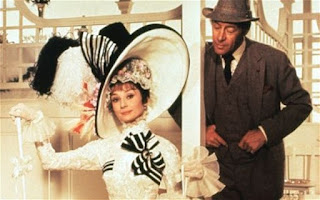 The young fogey put me in mind of accents, regional accents, the various "modern" accents, and so on. Mr Beeler had uploaded a video of some bimbo girl of my generation complaining about people who support Donald Trump, and then welling up about these same people, who apparently view immigrants as subhuman (many of them often are; as Húrin appositely said of the Easterlings, who "immigrated" into Dor-lómin, "they have learned more swiftly from the orcs than we have from the fair folk."). But before we get sidetracked, Mr Beeler noted that her accent was very modern and a clear generational and class giveaway. I daresay. In the days when I went to Corpus Christi church in Covent Garden every week I used to know a man who had a very distinct East End, "cockney" accent. I mentioned him to someone else, just in idle conversation, and my friend (who also knew him) said that Mr East End was, perhaps, a man of the last generation of the "true" cockney accent (the man was an octogenarian), and that with unchecked immigration, and other demographic revolutions visited, especially, upon London, traditional regional accents were disappearing and replaced by a new, uniform, cosmopolitan accent championed by the BBC. Traditional accents are now embarrassing and almost comic to the cosmopolitan types. Whenever they cross roads with somebody like Mr East End, they invariably think that he might have escaped from some Dickensian musical like "Oliver!" Do we lament the disappearance of regional accents? Do we take the position of Professor Higgins in Pygmalion? I tend to go with my father, who once said: "I wish people didn't talk so much like wogs nowadays!"

Of course, I am not entirely immune from this generational phenomenon myself. Last year I met a young man from America who reads my blog. He described my accent as "slightly posh," by which he meant, I think, that I don't talk like most people of my generation. And this is true. I've heard it said of me in my menial job that people think I am "stuck up," which I am not, but I gather, given the known principle that a man's voice and bearing give away more about his class and generation than he can conceal, that this is to do with my accent, what (little) I say, and to an extent my upright posture (I was a dancer; no slouching here!). But nobody can say that I put on airs! You won't find me walking into a pub and ordering a Pinot Grigio in a put-on Received Pronunciation but barely-concealed Essex accent, as I witnessed Sir Les Patterson an old traditionalist acquaintance do once. When the mini bottle with the screw top came, my comment "I never realised you were such a 'coin-a-saur'" fell upon deaf ears. Does that make me a snob? Am I aloof? Or do I just say what I mean and mean what I say? I am resigned to the fact that I could never pass as a human being. I used to think that being queer was the chief thing that separated me from the rest of humanity but I was mistaken; it's popular to be "gay" nowadays. I now realise that I am just different, from the thoughts in my head even to my very marrow. My voice is just a part of that.

Maybe I'll make a video one of these days. I'm sure you're all dying to know what I sound like!
Posted by Patrick Sheridan at 8:54 pm
Email ThisBlogThis!Share to TwitterShare to FacebookShare to Pinterest