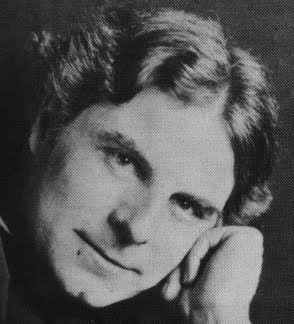 I suppose it could be argued that the Anglican equivalent of Adrian Fortescue was Percy Dearmer. I greatly admire him. Dearmer understood the truism (like Dr Wickham Legg and, by all accounts, Fortescue himself) that just because something is Roman does not necessarily make it anymore ''catholic'' or ancient than just plain innovation. Dearmer's thought was shaped by the ''ritualist'' branch of the Tractarian Movement; those High Churchmen who sensibly looked to the Medieval English liturgical patrimony rather than the contemporary customs of the Roman Church as a guide to ''quicken'' (as it were) the Book of Common Prayer with Sarum ceremonial. It was an endeavour to identify the Church of England more meaningfully with the broader Catholic Church, and they wisely understood that in this sense catholicity was not (is not) mediated by an old bachelor who lives on the banks of the Tiber; still less by obeying his legislation (contrary to catholic Tradition, and even common sense) which runs not in England anyway. The Parson's Handbook (the ''Fortescue'' of the Church of England) was Dearmer's great contribution. In my view it reads much better than Fortescue (at least after the mutilations of O'Connell). Here are some favourite passages:
''It need perhaps hardly be said at the present time that the use of lace is not an English custom. It simply destroys all beauty of drapery in any garment upon which it is placed. Every artist will realize how much this means. Indeed, to the credit of our fellow Christians on the Continent it must be said that they are rapidly discarding the use of lace [would that they were!], and with it that most inadequate garment the cotta, which is fortunately not one of the vestments ordered by our Rubric. The ancient monastic orders have always retained, and still use, the full surplice.'' (The Parson's Handbook, chapter III).
''A cross was sometimes set on the Holy Table before the Reformation; but it was by no means the rule, though nowadays many seem to consider it a necessity...The idea that an altar is incomplete (or 'Protestant') without a cross needs to be strenuously combated...The proper place for a representation of the crucified Redeemer is the Rood-screen.'' (Ibid, chapter II).
''The use of a row of six candlesticks on the altar, or on a shelf or gradine behind it, is pure Romanism...From the beginning of the thirteenth century to the end of the nineteenth every declaration on the subject has mentioned the two lights on the altar only, and to this ancient and universal use of two lights, at the most, every known representation bears witness...Furthermore, a row of candles hides the reredos or upper frontal, which ought to be one of the richest and most lovely things in the church: the miserable way in which priceless masterpieces are hidden in the churches of Italy by tall candlesticks and tawdy sham flowers is painfully familiar to every traveller.'' (Ibid).
''It is a great mistake to suppose that a hard and fast distinction should be drawn between a celebration of the Eucharist with three ministers and a celebration with one. A Mass, in which the priest is assisted by a deacon and subdeacon, is the norm of the Eucharistic service. Celebrations without these assistant ministers are makeshifts allowed by the Church as a concession to circumstances. Some people imagine that the deacon and subdeacon are a sort of enrichment suitable for a 'ritualistic' church, and that they ought only to be present when an elaborate ceremonial can be carried out. There could hardly be a greater error. The sharp distinction now made by our Roman brethren between high and low Mass is a modern innovation contrary to the general practice of the whole Church, and therefore should be particularly eschewed by those who appeal most strongly to Catholic practice. This innovation has produced the peculiar service known in the Roman Church as a Missa Cantata, which is a low Mass sung by a single priest who is assisted only by a pair or two pairs of servers, and which is often in practice replaced by a low Mass pure and simple, the service being said inaudibly throughout, while two or three singers cover the silence with more or less appropriate hymns and anthems. It would surely be difficult to imagine a greater degradation of the central Christian service.'' (Ibid, chapter IX).
Dearmer goes on to say that the Catholic principle is that of reverence and common sense; that if there are but two in Holy Orders then the clerk (not necessarily in Reader's orders) would be the Subdeacon, as well as taking on his own duties - since this is the catholic principle. Not that these quotes are aimed at anyone, but methinks that RC traditionalists are sacerdotalist idiots with no liturgical sense whatsoever...
Posted by Patrick Sheridan at 6:01 pm
Email ThisBlogThis!Share to TwitterShare to FacebookShare to Pinterest