Desire and Hatred of Light... 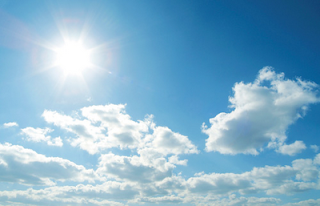 ''As a shadow Melkor did not then conceive himself. For in his beginning he loved and desired light, and the form that he took was exceedingly bright; and he said in his heart: ''On such brightness as I am the Children shall hardly endure to look; therefore to know of aught else or beyond or even to strain their small minds to conceive of it would not be for their good.'' But the lesser brightness that stands before the greater becomes a darkness. And Melkor was jealous, therefore, of all other brightnesses, and wished to take all light unto himself. Therefore Ilúvatar, at the entering in of the Valar into Eä, added a theme to the Great Song which was not in it at the first Singing, and he called one of the Ainur to him. Now this was that Spirit which afterwards became Varda (and taking female form became the spouse of Manwë). To Varda Ilúvatar said: ''I will give unto thee a parting gift. Thou shalt take into Eä a light that is holy, coming new from Me, unsullied by the thought and lust of Melkor, and with thee it shall enter into Eä.'' Wherefore Varda is the most holy and revered of all the Valar, and those that name the light name the love of Eä that Eru has, and they are afraid less only to name the One. Nonetheless this gift of Ilúvatar to the Valar has its own peril, as have all free gifts; which is in the end no more than to say that they play a part in the Great Tale so that it may be complete; for without peril they would be without power, and the giving would be void.

''When therefore at last Melkor discovered the abiding place of Manwë and his friends he went thither in great haste, as a blazing fire. And finding that already great labours had been achieved without his counsel, he was angered, and desired to undo what was done or to alter it according to his own mind.

''But this Manwë would not suffer, and there was war therefore in Arda. But as is elsewhere written Melkor was at that time defeated with the aid of Tulkas (who was not among those who began building in Eä) and driven out again into the Void that lay about Arda. This is named the First Battle; and though Manwë had the victory, great hurt was done to the work of the Valar; and the worst of the deeds of the wrath of Melkor was seen in the Sun. Now the Sun was designed to be at the heart of Arda, and the Valar purposed that it should give light to all that Realm, unceasingly and without wearying or diminution, and that from its light the world should receive health and life and growth. Therefore Varda set there the most ardent and beautiful of all those spirits that had entered with her into Eä, and she was named Āri, and Varda gave to her keeping a portion of the gift of Ilúvatar so that the Sun should endure and be blessed and give blessing. The Sun, the loremasters tell us, was in that beginning named Âs (which is as near as it can be interpreted Warmth, to which are joined Light and Solace), and that the spirit therefore was called Āzië (or later Ārië). 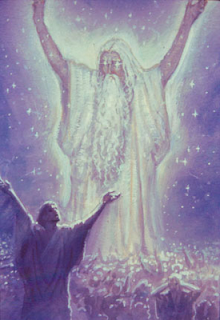 ''But Melkor, as hath been told, lusted after all light, desiring it jealously for his own. Moreover he soon perceived that in Âs there was a light that had been concealed from him, and which had a power of which he had not thought. Therefore, afire at once with desire and anger, he went to Âs and he spoke to Ārië, saying: ''I have chosen thee, and thou shalt be my spouse, even as Varda is to Manwë, and together we shall wield all splendour and mastery. Then the kingship of Arda shall be mine in deed as in right, and thou shalt be the partner of my glory.''

''But Ārië rejected Melkor and rebuked him, saying: ''Speak not of right, which thou hast long forgotten. Neither for thee nor thee alone was Eä made; and thou shalt not be King of Arda. Beware therefore; for there is in the heart of Âs a light in which thou hast no part, and a fire which will not serve thee. Put not out thy hand to it. For though thy potency may destroy it, it will burn thee and thy brightness will be made dark.''

''Melkor did not heed her warning, bur cried in his wrath: ''The gift which is withheld I take!'' and he ravished Ārië, desiring both to abase her and to take into himself her powers. Then the spirit of Ārië went up like a flame of anguish and wrath, and departed for ever from Arda; and the Sun was bereft of the Light of Varda, and was stained by the assault of Melkor. And being for a long while without rule it flamed with excessive heat or grew too cool, so that grievous hurt was done to Arda and the fashioning of the world was marred and delayed, until with long toil the Valar made a new order. But even as Ārië foretold, Melkor was burned and his brightness darkened, and he gave no more light, but light pained him exceedingly and he hated it.''

Tolkien said elsewhere that one essential difference between his legendarium and other mythologies was that the Sun and Moon were seen not as divine symbols but as a second best thing, a sign of a dislocated, fallen world. This story, while retaining some elements of the Narsilion in the Quenta Silmarillion (such as Arien, the guardian of the Sun), creates enormous problems in the narrative. In the Quenta, the creation of the Sun (and Moon, which was older) took place after the death of the Two Trees of Valinor; here the Sun is seen as coeval with the Earth, even during a time of primeval cataclysm when the regions of Arda were uninhabitable. This, rather sudden, change in counsel was conceived during a period when, towards the end of the 1950s (at the time of the composition of the Athrabeth, and the Essekenta Eldarinwa), Tolkien began to ''rationalise'' everything in the legendarium, and changed the entire conception of legends of the Elder Days from tales told to the mariner Eriol by the Elves of the Lonely Isle to primarily Númenórean legends preserved in Gondor. The strife between Melkor and the Arien is here put far back into the history of Arda, when Melkor was still an Ainu of light and spleandour, and it's said here that he attempted to ravish her. The account given in The Silmarillion, however, is that Morgoth feared the Sun with a great fear, and sent spirits of shadow against Arien, and that he sent forth from Thangorodrim a great reek and clouds to conceal his realm. A vestige of this latter remains in the tale, but the Ages of the Stars are seen not as without sunlight, but that Melkor had sent forth great, impenetrable clouds and smokes into the northern sky, blocking the sun, but only in the north of Middle-earth. One wonders, then, how the Eldar could be called Star-people?

As for me, while the tale of Melkor and the Sun is interesting, and adds something to the legendarium, I prefer the Narsilion as told in the Annals.
Posted by Patrick Sheridan at 8:40 pm
Email ThisBlogThis!Share to TwitterShare to FacebookShare to Pinterest