For the sake of the Liturgy... 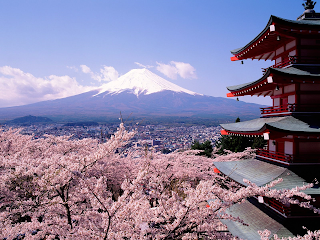 Liturgiae Causa can be said to be three years old to-day (it was started at Pentecost A.D 2010). The idea was conceived during a sort of convalescence from my old blog Singulare Ingenium and I set about creating a new blog on a very hot May afternoon after I had attended a Pentecost Vigil at St Bede's church, Clapham Park. At the time I was still a Roman Catholic traditionalist, though an unorthodox one who made the Sign of the Cross in the correct, Orthodox way.

No, writer's block has not set in but I feel decidedly apathetic about matters liturgical now. The points have been made, and debated at length. I have tried to destroy delusional conviction and error but ostensibly I have failed. I haven't even managed to procure my own happiness or fulfilment.

I would actually like to go away, far away and indefinitely, somewhere foreign and remote like Japan, if just to forget and start anew. I used to argue a lot about waking memory and the connexion of Tradition, past and present and so on, but these days the very mention of the word ''tradition'' fills me with wrath; the word is used so liberally it has become a bastardised concept. And so perhaps to forget is a blessing, if only for me. The only problem is money. I feel that if I could just change my circumstances and forget the past and all my connexions I would be happier. So much for Liturgy!
Posted by Patrick Sheridan at 1:49 pm
Email ThisBlogThis!Share to TwitterShare to FacebookShare to Pinterest