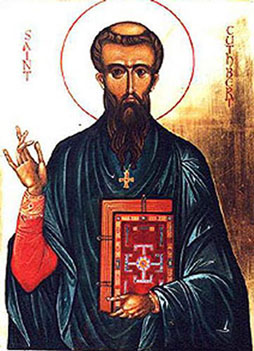 As I have said, I am broadly in sympathy with those efforts that are to enshrine or revive "Western" rites within Orthodoxy. However, there are dangers. Not just in terms of doctrine and culture but in terms of arbitrary liturgical experimentation and vandalism. There is also the danger that practitioners are just disaffected Anglicans or Papists wishing to continue on as they were accustomed within their respective communions within Orthodoxy - that, in my view, defeats the whole purpose of conversion.

However, before anybody even thinks about Western Rite Orthodoxy then some principles need to be established and some problems need to be addressed. One of the most important, if not the most important, is the question of jurisdiction. In London, for example, there are many Orthodox jurisdictions, the Russians, the Greeks, the Serbs, etc. each with their own bishop. Quite simply this is due to immigration. The problem, of course, is that having more than one bishop within a diocese flies in the face of the Holy Canons. This canonical, but still inevitable, irregularity cannot be allowed to continue but at the same time it cannot be rectified in a day. For most ethnic Orthodox in the UK their religion is one of the dearest connexions they have to their homeland and so to have a bishop and clergy of their own language and custom is, for the time being, a pastoral necessity. I would see the creation of an autocephalous British Orthodox Church, with her own Patriarch and all churches in the land coming under one jurisdiction. I don't know how we would go about that; it might take several generations yet, but celebrating liturgies in English would be a fitting start. Then comes the question of the Kalendar. There is no beating about the bush here: the venerable Julian Kalendar is that kalendar committed to us by the Church. The revision or replacement thereof is deference to the authority of Romish popes and secularisation of the liturgical cycle. The British Orthodox Church would adopt the Julian Kalendar or be accursed.

But I am still treading my own path to Orthodoxy. No doubt if I went in uttering these thoughts I'd be accused of ambition, of meddling, of popery and ostracised. All in good time.
Posted by Patrick Sheridan at 1:06 pm
Email ThisBlogThis!Share to TwitterShare to FacebookShare to Pinterest