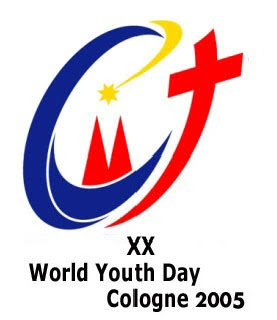 Would it surprise readers to know that I went to World Youth Day in 2005? I had booked my place through my college Chaplaincy in 2004 (not ''Juventutem''), when John Paul II was still pope, but when he popped his ecclesiastical clogs I was worried that the Cardinals, locked away in their secret conclave, would take forever and a day to elect a replacement and we'd be stuck with some Vatican representative or something. Fortunately a nice-looking academic, about whom I confessedly knew very little, was elected and we set off about this time six years ago to go and see him in his homeland. My fondest memories were of the catecheses and the liturgies. The catecheses consisted of Spanish priests (who didn't dress like priests) singing cheesy hymns (some of them very Protestant) from the culturally magnificent '70s, holding hands and not much actual catechesis. The liturgies, which took place in football stadiums and open fields with millions of communicants and concelebrating clergy, were in the Novus Ordo (naturally), with all the added abuse of non-Roman Catholic communicants (yes, there were a few non-Roman Catholic ''pilgrims'' in my group), tacky polyester vestments (one of our chaplains, a concelebrant, wore a rainbow-coloured stole and a polyester alb), women serviettes and readers (even non-Roman Catholic ones), relativistic general intercessions, doctrinally unsound hymns (which really have no place in the Roman Eucharistic liturgy), etc. The final Mass with the pope in Marienfeld was possibly the worst, with all those hymns and communicants making their communion whilst not in a state of Grace interrupted only by shouts of Viva el Papa! and Papst Benedikt!

Many of the pilgrims themselves led immoral lives and didn't believe all the teachings of the Roman Church - these included two lesbians in my own group, and a student of Medicine who was ''pro-Choice.'' I had started attending the ''Traditional Latin Mass'' in the Spring of that year, and considered myself an ardent Traditionalist. I can honestly say that I was never so scandalised in my life. In hindsight (what a blessing!) it was just a tacky, Ultramontane waste of time - all that walking (for miles and miles, around Cologne and Düsseldorf), waiting, frustration...for what? To show solidarity with people who clearly didn't believe the same as I did? Probably the only worthwhile thing that I did on that ''pilgrimage'' was my brief moment venerating the tomb of the Magi in Cologne Cathedral, before being ushered on or being crushed to death by a throng of other ''pilgrims'' with their flags and backpacks.

I haven't been back to Germany, nor have I ever been to another ''World Youth Day.'' And to think, there are people out there who think that my beliefs about the cult of the Ultramontane Pope are without foundation! Tradition and Liturgy have no place in World Youth Day (just like facts have no place within Roman Catholicism), one of the legacies of the old superstar John Paul II. What superstitious nonsense! If the Holy Father looks in your general direction, will you, the Ultramontane idiot, ever wash again? Simply to hear the words of the Successor of St Peter is to experience endless benediction. Wave your Vatican flag, cry out Viva el Papa, communicate on consecrated bread alone in a football stadium, and your sojourn in Purgatory will be considerably lessened. Cults, ideologies, even idols. ''World Youth Day'' (which really runs for about a week) isn't about Catholicism in the sense of solidarity, or communion with the Saints - it's about feel-good religion and a superstar.

Posted by Patrick Sheridan at 1:46 pm
Email ThisBlogThis!Share to TwitterShare to FacebookShare to Pinterest