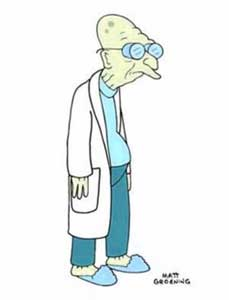 Can atheists hope to live moral lives in any meaningful sense? If so, from whence does their sense of morality come? If not from some underlying Principle, a Supreme Real and arbiter, then whence? Conscience? Reason? Who decides reason? The Philosophers? Men make mistakes. Having eschewed the authority of God, the Church and the Bible, to what do atheists look to decide right from wrong? Example (leaving aside issues of abortion and euthanasia for the time being): to wantonly murder someone is wrong. Atheists and Christians can agree on that; but why? A Christian would appeal to the natural law, to the Divine Law, the laws of the Church, to conscience, fundamentally to the authority of God. To what would an atheist look? The dictates of society, which differ from place to place, and from time to time? Truth is not relative, nor does it become less ''true'' when it seems inconvenient, and assent to the legislative principles laid down by particular nations is not a moral activity - it is simply the bald (albeit reasonable) assent to a set of socio-political principles, which may (or may not) be inspired by the dictates of a religion long since neglected by most people, and actually discouraged by example and social custom. Oh I don't know, maybe I am just being my usual triumphalist self, but the way I see it: belief in God is not simply the mind reaching the zenith of its inherent purpose, it is a moral activity. Atheists are, ipso facto, immoral people.

The cartoon is of Professor Farnsworth from Futurama, who in one episode prayed to ''almighty Atheismo.''
Posted by Patrick Sheridan at 1:13 pm
Email ThisBlogThis!Share to TwitterShare to FacebookShare to Pinterest