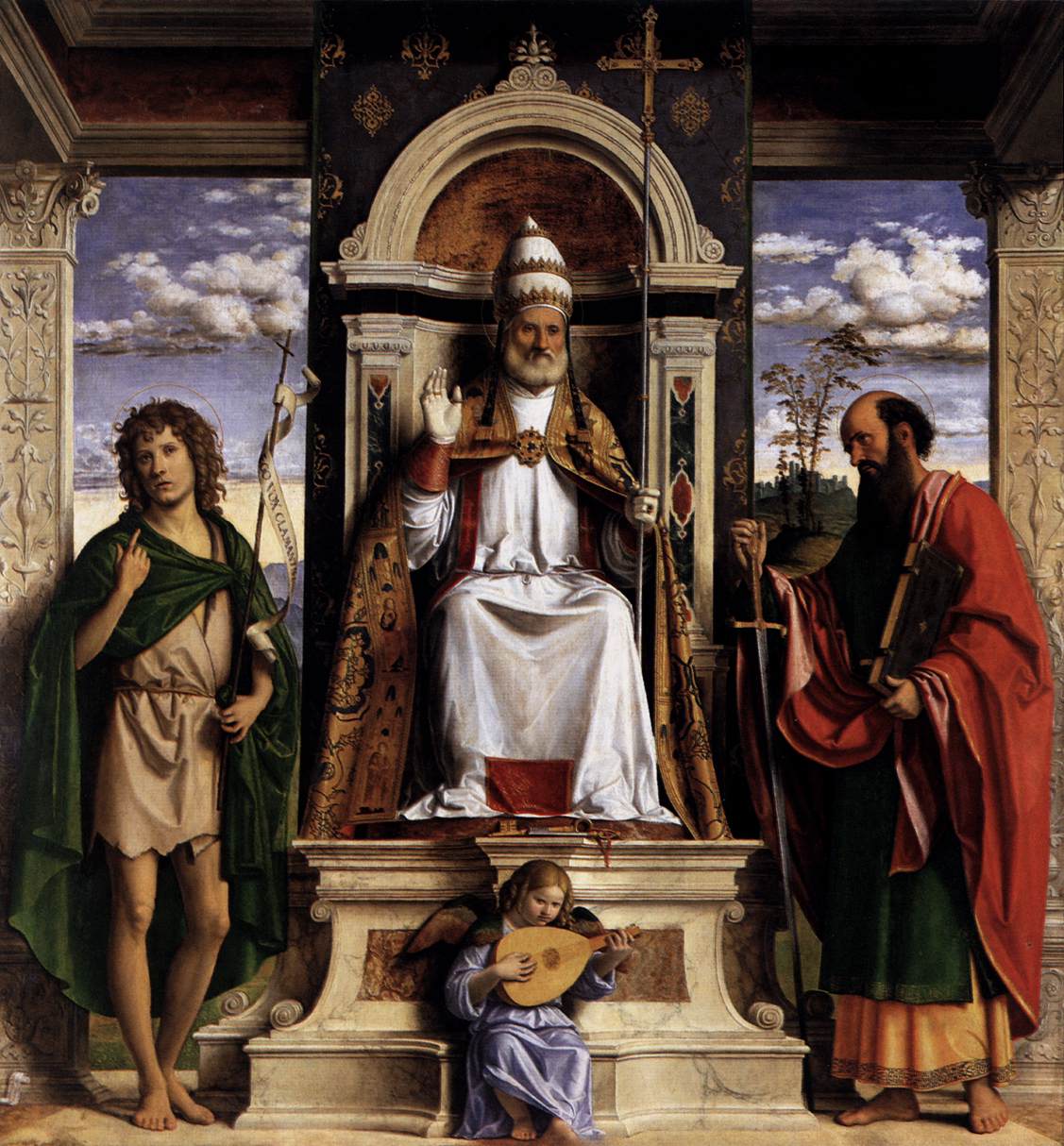 Collects in the Liturgy say quite a bit about doctrine. I don't mean those modern, verbose and artificial ones drawn up in recent times to facilitate monstrous innovations (which could all be scrapped); I mean the oldest of the old, those succinct, sublime collects found in the antient sacramentaries and bethought them of the sentiment and piety of the Fathers. The example quoted above is of these latter, taken from the vigil Mass in honour of the holy Apostles Peter and Paul. It can be rendered into English even so: Almighty God, we beseech thee humbly that as thou hast strengthened us on the rock of the apostolick confession so thou wouldest, in our trials, preserve us stedfastly in the same. Here, petra is understood to be the apostolick confession of faith by St Peter, not St Peter himself. This becomes more interesting when we remember that the collect deliberately calls to mind that very misunderstood verse in St Matthew's Gospel, And I say also unto thee, That thou art Peter, and upon this rock I will build my church; and the gates of hell shall not prevail against it.

Petra (the Greek for "rock") and Petros (the same word turned into a masculine proper name) both translate the masculine Aramaic word for "rock," namely Kepha, or Cephas in a Greek form. If the Fathers of the Church took the reference of Matthew 16:18 to be St Peter’s faith, it was because the notion that the verse bestows unique authority on St Peter, a personal charism to distinguish him from the other apostles and perpetuated in a long series of "successors" in Rome, was foreign to their thought. St Cyprian of Carthage, for example, took the verse to refer to the authority possessed in each see by the bishop of that see. It seems, therefore, to my mind that the vigil collect is expressive of a doctrine of Roman primacy far older and more holistic than Ultramontanism. It is not inconceivable that a bishop of Rome himself was the author! Of course, it would sound rather different were it written to-day, wouldn't it? I imagine it would say something like, Almighty God, which didst vouchsafe to stablish blessed Peter as thy holy Vicegerent on Earth and the sole ruler of kings; we beseech thee humbly that by the merits of his apostolick confession thou mayest extend thy mercy only to them which be subject to the infallible Vicar of Christ, damning them that spurn that communion. Through Jesus Christ our Lord, which livest and reignest with thee in the Unity of the Holy Father, ever One God, world without end.
Posted by Patrick Sheridan at 9:00 am
Email ThisBlogThis!Share to TwitterShare to FacebookShare to Pinterest