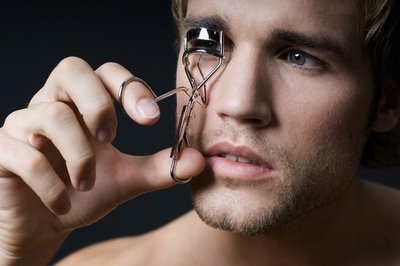 I first heard of Jacob Bronowski's "Arrow of Time" when I read The Naked Civil Servant. You see the arrow of time points always in the direction of diminishing difference. It works like this: first there was a difference between the classes, then there was a difference between the sexes. Now there is almost none. With the recent surge in homosexuality, in both men and women, nominally "heterosexual" men and women are not unaffected - quite the contrary. We are all sexual persons, to one degree or another, and now it seems that we are all inclined to some form of sexual perversion. Years ago a "pansy" was seldom anybody you had met; he was certainly never somebody you actually knew personally. We all of us know at least one queer these days. In the 1930's Quentin Crisp went about dumb with lipstick, blind with mascara in flamboyant clothes in order to manifest his sexual type. Nowadays most young people do it! In London I have seen men parade about with half their hair platinum blonde, the other half pink, with bright make up, jingling with amulets, chains, talismans...creating no sensation whatsoever. If they're completely loopy young men will gel their hair, contour their nose and cheekbones, wear foundation and a beard. And yet you know they are not homosexual. I work with such a young man and he seems threatened by me. Why is this? Perhaps because he has seen me and is frightened about just how effeminate he could be thought to be if anybody shifted his proclivities one way or another. Not that I would ever gel my hair. At any rate, they all practise sodomy on their girlfriends and engage in any number of base sexual appetites. Men everywhere are disgusting. Nevertheless the existence of "heterosexual" young men who take care over their appearance is proof that the distinction between the sexes has disappeared. As for lesbians, just look at Clare Balding.

Where do I come in? I find it frustrating that elsewhere on blogs people are complaining about the disintegration of friendship and they are not prepared to consult the expertise of a man who was the only living authority on the subject: Mr Crisp himself. What are you afraid of? Whenever I have mentioned Mr Crisp to any number of people they say some combination of these words: "wasn't he that gay man?" He was so much more than that. The Naked Civil Servant is just as frank and wise a look at 20th century morality and politics as Nineteen Eighty-Four. I suppose what distinguishes the works is that while they are both stories about abject failure and humiliation, Mr Crisp was less neurotic about the one way television screens than Orwell.
Posted by Patrick Sheridan at 12:40 pm
Email ThisBlogThis!Share to TwitterShare to FacebookShare to Pinterest