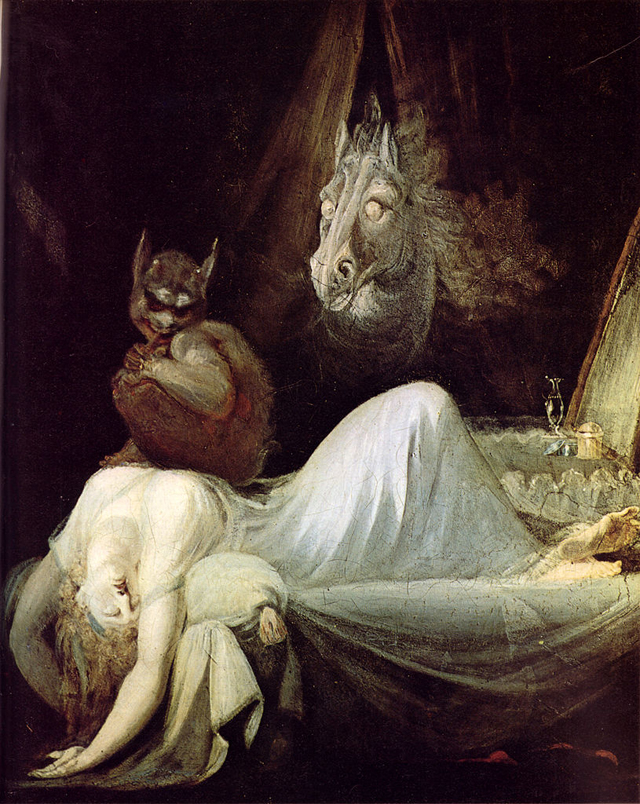 I was now eighteen and beginning to feel really uneasy about the future - openly on the grounds that I was so inadequate to earn a living, and secretly because I suspected that sexually I was quite unlike anyone else in the world. Friends were starting to ask me questions about my private life. Their intention was not unkind, but I was filled with misgiving.

"Are you keen on this girl you talk so much about?" a friend of my mother asked. "Good God, no," I replied putting on a face as though I had just stepped in something. Then I hastily embarked upon a cynical diatribe against all human sentiments. This was the kind of conversation that my mother's friend loved but I now think that I wasted a rather wonderful woman. If I could simply have told her that, to my bewilderment, I did not think that I was ever going to be able to take a sexual interest in any girl I'm sure she would have listened. This would have been at least a thin rope flung from my tiny island towards the mainland.

She would not have believed me, because in those far-off days a homosexual person was never anyone you actually knew and seldom anyone that you had met.

These are some staves from The Naked Civil Servant. They are quite apposite because I feel myself to be in a very similar situation. I am far older than eighteen but having, like Mr Crisp, failed university I would say that I am conceivably in a far worse position than even he. In 1930 people found work without a piece of embossed paper stating that they had conformed to curricula drawn up by the grand arbiters and withholders of knowledge. Nowadays a degree is a prerequisite for future stability, the guarantor of a salary above minimum wage; that is, of course, unless you are a woman and can marry well. Happily I am not a woman but unhappily I have no degree. My mother, in her characteristically condescending manner, would say, "you brought it all on yourself; you chose to pursue a degree with absolutely no use for employment and didn't even bother to finish it," and would then trail off into complaints about my having no common sense, that I am a failure, that I use the house as an hotel. I have come to believe that failure is my style. It has been a constantly occurring pattern throughout my life. From my earliest attempts at social graces to my current ineptitude in banking, failure is always there like the shadow of the real.

The chief reasons I failed at Heythrop were that I was too interested in classical literature and liturgy and not in the least bothered about work; I fell foul of the mandatory reading lists because I disdained the authors; whenever I deigned to submit a piece of coursework it was invariably late; I resented having to travel into West London everyday (itself the result of my fear of leaving the comfortable bosom of home); I was a stinking Traditionalist (which inevitably influenced my work); I was tired a lot; I spent hours in the library pursuing works irrelevant to the course, etc. They all add up. When I had my case sent to the academic board (that is to them that decided whether to keep me there or not) I remember knowing that my days were up but not really caring. I had, by then, not run out of money and I had my part-time job at Morrisons. The foundations of the world, at that time, had not yet crumbled.

The money eventually ran out and I came to rely solely upon my part-time salary, a pittance. That is when the enormity of my mistake finally rose as a reek to choke me and I foundered in the oblivion of a sea of despair. It was too late. I had no money and so I could ill afford to return to Heythrop and, in any case, I had incurred the tuition fees from last time so, even if I were inclined to return, I had no recourse to any money to pay for my place there. Chance had come and gone in the blink of an eye. So I had no degree and I was stuck with a job, now the only source of my income, that I detested and was never meant to be a part of my life for eight long years. Despairing, at last, of Morrisons and determined not to let eight years turn into a full decade I left just over a year ago and, in desperation, took a Christmass-temp job with the John Lewis Partnership. It couldn't have come at a worse time. I became depressed and irritable and it transpired that, initial rumours of company generosity notwithstanding, they kept not a single one of us on after Christmass. On 4th January I became unemployed for the first time in my working life.

I enjoyed being unemployed for the simple reason that I detest work. I could afford to be depressed for once and so I stopped shaving and took baths, as any gentleman would, as sparingly as possible. Nevertheless, cajoled perhaps by my mother but still more by the pressing need to think of my future (what a sight!), I undertook the unpleasant, boring and profoundly difficult task of looking for another job. I even "signed on," a humiliation I hope never to have to repeat in life, and went once a week to the Job Centre to be questioned about how "proactive" (a hateful, unnatural word) I had been in my search for employment. Nothing was suitable. I lost faith in the Job Centre after the second week; they were not in the least helpful or understanding and contributed nothing whatever to my search for employment. Then I recalled that a colleague from John Lewis had worked for the Bank. I had never considered banking before and, my inability to understand even the concept of money notwithstanding, I decided to fill out an application form (with no hope at all that I would be shortlisted). I was invited for an interview and shaved for the first time in two months. I was given the job.

I knew, almost as soon as I took up my training, that I was doomed. As I said hitherto, I do not understand money or interest or any of those things and I have always fostered, to the rancour of my superiors, a scarce-concealed hatred of authority, especially retail managers. I have only been with the Bank since March and have already managed to alienate the management team (but then, they are all women...) by a few choice displays of apathy, not to mention my "inadequacy to earn a living." And I am frightened. I only applied for this job because I was unemployed and despaired of the constant rejections from other, more suitable jobs. Now I am in a far worse position than I ever was at Morrisons. At least I understood my job there and took some pride in my knowledge thereto and the service to my local community that I rendered constantly (that is when I wasn't sabotaging the company). My customers now are of a different sort; ravening, greedy wolves where before they were old dears. The managers are young, of my generation, and therefore of the kind Winston Smith spoke of; to put the fear of God into men's hearts and crying with voices to rend both heart and will. My livelihood is, at present, in their keeping and I am at their mercy. I am off sick at the moment, with stress, but that time will soon run out and I will have to go back. I shall try to use my time off to look earnestly for another job but that itself is a defeating, despairing, depressing undertaking. God help me.

Now, as for being queer (going back to the rest of Mr Crisp's book), what can I say?  I've gone on long enough so perhaps this will comprise another post for another day.
Posted by Patrick Sheridan at 3:56 pm
Email ThisBlogThis!Share to TwitterShare to FacebookShare to Pinterest