Drop down the dew... 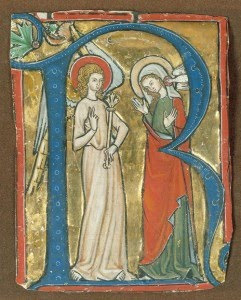 There is an interesting post on that awful blog Rorate Caeli about the kind of artificial Liturgy of the new Ordinariate (which I think will be to nobody's taste or satisfaction). As I have said previously, I fail to understand how either the Novus Ordo of Paul VI or the new liturgy devised by the Congregation for Divine Worship encapsulates the Anglican patrimony in any meaningful sense, but I am just one lonely heretic who doesn't believe in Papal Infallibility, so what do I know? What I found specially arrogant about this particular post was that they conjectured that had Cranmer not gone into ''heresy'', the new Rome-devised liturgy would be exactly what he would have accomplished! And another thing, I find it extremely annoying that the people who comment on that blog (mostly a long series of Anonymouses) display utter ignorance - one of whom said that so long as the new liturgy contains nothing ''protestant,'' then it will be just fine. Hmmmm, I am guessing that this is someone who sees nothing wrong with the liturgical books of 1962 (or is too stupid to tell the difference), but there we are. Can someone kindly explain to me how anything Cranmer did was any more violent than anything that any pope of Rome did in the long tale of Papal liturgical reform? The Prayerbook of the Church of England is ''watered-down'', and has no valid Anaphora, but it draws much from the Sarum tradition - I mean at least it contains whole psalms! Unlike the fragmented mess of any post-1911 Breviary. I would sooner attend choral Evensong at Westminster Abbey than Vespers at Westminster Cathedral - it is more traditional.
Posted by Patrick Sheridan at 9:51 pm
Email ThisBlogThis!Share to TwitterShare to FacebookShare to Pinterest