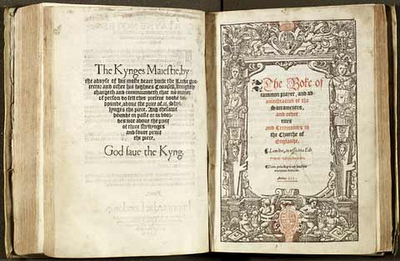 Dearly beloved, we are gathered together here in the sight of God, and in the face of this congregation, to join together this Man and this Woman in holy Matrimony; which is an honourable estate, instituted of God in the time of man's innocency, signifying unto us the mystical union that is betwixt Christ and his Church; which holy estate Christ adorned and beautified with his presence, and first miracle that he wrought, in Cana of Galilee; and is commended of Saint Paul to be honourable among all men: and therefore is not by any to be enterprised, nor taken in hand, unadvisedly, lightly, or wantonly, to satisfy men's carnal lusts and appetites, like brute beasts that have no understanding; but reverently, discreetly, advisedly, soberly, and in the fear of God; duly considering the causes for which Matrimony was ordained.

Oft does the Sacred Liturgy contain words most apposite for our time and needful for us to know. I do think, however, that the stance of the Roman communion on this civil matter of the proposed redefinition of marriage is rather inconsistent. Forgive my ignorance but if homosexuality is as depraved, unnatural, perverse, ordered to the destruction of Christ's Church and the dignity of man as their doctrine makes clear, then why would they wish to treat homosexual people with any compassion or understanding? Surely the Scriptures admonish you to expel the wicked from among you? I am, of course, alluding to personal experience of Roman Catholics. They do not understand, and therefore there is no way that a thick mick priest can engage with a homosexual, in the confessional or otherwise, in a pastoral way. I think I speak with some authority when I say that homosexuality (and how I hate using that word! Do any of you seriously think that such terms encapsulate me?) is not a personal lifestyle choice, made on a whim, still less a temptation in the manner of food or drink. It is inextricably ontological, so utterly pervading that not a day goes by without the thought of it. I knew what I was far back into the earliest years of my life, and no amount of; ''no Patrick, boys kiss girls,'' made any difference to me whatsoever. You cannot reason your way out of it, or try to suppress it in the name of religion, as I did for so many years. That way leads to sadness and wrath.

What I find so strange about prejudice about homosexuality is where people think it is purely a sexual deviance - probably one reason I dislike such terms as ''homosexual.'' I think that a lot of gay men are driven purely by their bodies' needs, and I do not identify with the modern LGBT movement, or any aggressive activism bethought it of contempt for Christ's Church; but they err who equate all men together in this way. As I said, do you think that such terms as ''homosexual,'' ''pansy,'' or poofter'' portray an accurate picture of me? I am so much more than that. Can any Roman Catholics, so ''upright'' and ''sapient,'' explain why, as a boy, I preferred to go with my grandmother to the Royal Ballet than to the lake fishing with my father? Can any of you explain why I enjoyed helping my mother do the ironing more than other, more typically ''masculine'' pursuits? Why, for example, did I find music so moving as a boy that I was careful to listen only in the quiet of my bedroom, where people would not see my reaction thereto? Iconic women such as Audrey Hepburn and Judy Garland, so beautiful and so pure, stirred something ineffable in me, and bestowed on me a glow of tranquillity which even religion failed (and still fails) to bestow. I must have been no older than four or five years old when, at my grandparent's old house, I watched My Fair Lady for the first time, and turned to my grandmother, so beautiful herself, with tears in my eyes. She gave me a very knowing look, but an expression only of love and understanding. 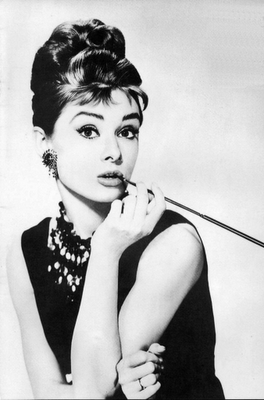 To return to matters more pressing, naturally I oppose the coalition government's proposed ''redefinition'' of Marriage, for fundamentally personal reasons. I daresay it is highly arrogant and presumptuous of any government to challenge so ancient an institution as marriage in this way. It cuts to the very core of our society. Even from a secular perspective, marriage (in the traditional understanding of that term) is for the good of society because it provides a stable home for two people, a man and a woman, who come together to start a family. Are men of a certain Classical tradition excluded from this vocation? There is more to chastity than abstinence and mastery of our passions. Only God is the judge of men's hearts, He who brings every work into judgement. But in the civil matter of ''marriage equality,'' there are very delicate legal and moral questions at stake. Do we overturn marriage, an institution far older than England, the Church, and godless pressure groups, to satisfy the same? What I resent is the confusion the political Left seems to have between legal rights and moral obligations. Is it confusion, though? Political liberalism and secularism have together created a society in which expression of moral convictions at variance with that of the State is tantamount to some form of discrimination. If secular people truly want a separation of Church and State they need to stop crossing the line, and leave the matter of ''gay marriage'' to the clergy. But this is too reasonable for these latter days, is it not? The godless do not want an application of religion in their political lives, but they want to treat religious issues with an application of civil rights. How abominable this whole matter is! 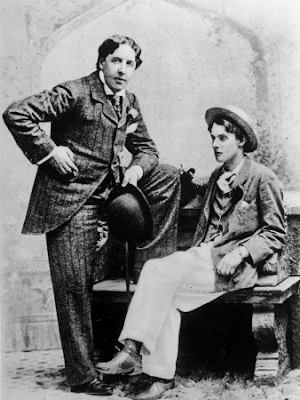 For those of you who have a copy, I'd suggest reading letter number 49 in The Letters of J.R.R Tolkien, written in fact to C.S Lewis. As far back as 1943 Tolkien complained that it was ''intolerably hard to bring up Christian youth in Christian sexual morals (which are ex hypothesi correct morals for all, and which will be lost but which depend upon Christian youth for their maintenance).'' I agree, but I'm afraid this is too personal and depressing a matter to continue on what is primarily a liturgical 'blog. I thank God that I am gay; I do not consider myself crippled or at fault on account of it. But Glory to God in all things! Let us conclude therefore with a quote from the Word of God:

''Then Tobias exhorted the virgin, and said to her: Sarah, arise, and let us pray to God to-day, and tomorrow, and the next day: because for these three nights we are joined to God: and when the third night is over, we will be in our own wedlock.'' Tobit 8:4.
Posted by Patrick Sheridan at 8:00 am
Email ThisBlogThis!Share to TwitterShare to FacebookShare to Pinterest