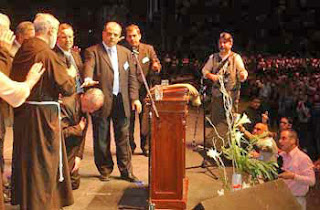 There's nothing fanciful in a name. John Paul I chose such a name so as to continue the legacy of popes John XXIII and Paul VI, popes of the Second Vatican Council (and other things). John Paul II chose his name because his predecessor died only a month into his office (under suspicious circumstances if rumour is to be believed). Benedict XVI took the name benedictus on account of his admiration for St Benedict of Nursia. And now we have pope Francis. Francis was my Confirmation name. All my classmates took more common names like John and James, nice apostolic names; I chose Francis on account of Francis of Assisi, a man whose ministry I now repudiate, because he was reportedly very fond of animals, as I was of my pet dog (at the time a shih-tzu named Sammy). But pope Frank; you came out onto the balcony almost naked! This is a good sign, I think. The few Jesuits I have known (well, I did study Divinity at a Jesuit institution) have all been very congenial, intelligent men. 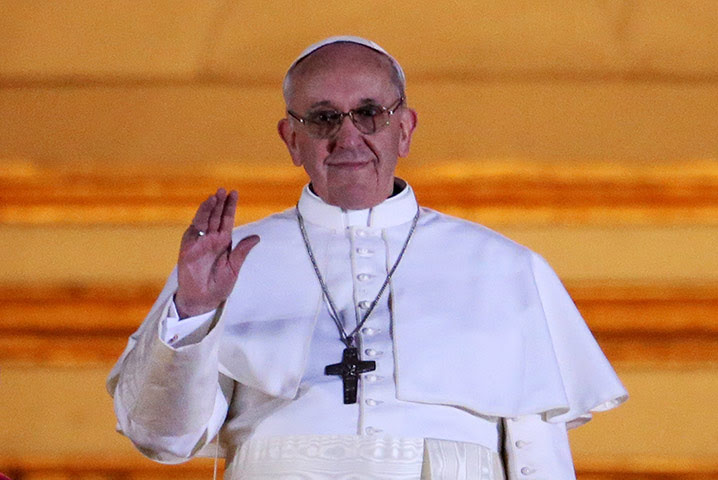 I'm going to be frank (no pun intended) and say I know absolutely nothing about this new pope even if I knew there'd be a Latin American. It's too early to say anything about what he plans to do; it will be commendable if he does something wildly evangelical. If he knows nothing about and cares not one whit for Liturgy then all the better for everyone. The previous pope did far too much damage with his aliturgical theories. Let us hope for something more Christological and sensible from this one.

The comments on Rorate Caeli are amusing, once again. They're hysterical! One of them says ''we're doomed! The Church is finished!'' I guess that's the danger of a little knowledge...
Posted by Patrick Sheridan at 9:34 pm
Email ThisBlogThis!Share to TwitterShare to FacebookShare to Pinterest