To kindle the ashes... 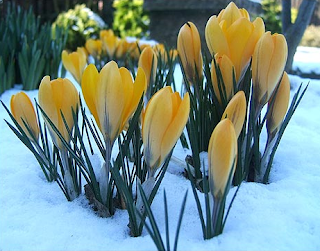 Occasionally (very occasionally these days), I receive e-mails from people who read my blog. Usually they come from people who have only just discovered the wretched thing and are hoping (against hope) that I am still as charged and enthusiastic as I was three years ago when I began Liturgiae Causa. Much has changed in that time. Not that three years is any time at all. Quoth the Psalmist: "but a thousand years in Thy sight are but as yesterday." But ostensibly, to us men, three short years can bring many changes. I suppose I was already on the path to this present state when I began writing three years ago, and writing in such impetuosity can only lead to wrath and despair. Having silenced Singulare Ingenium and feeling, as it were, a fire growing hot within me, I remember having a tremendous urge to trample upon the euphoria of Traddieland (a land of make-believe), the godly popes of yore, and to counter the general contempt the Traddies always had for the liturgical Office. I endeavoured to procure a solution to the problems as I saw them but invariably fell short. Nor did I go about the business of daily living practising my solution. Hypocrites were among Our Lord's pet hates if the Pharisees are the measure of hypocrisy but you may have guessed by now that I am actually quite lazy.

Inevitably my enthusiasm and inclination dried up. I feel now as though I am hanging on a rotten rope over an abyss or as if I have run a race against an opponent tirelessly swifter and, having at last reached the finish line, feel worn out and bitter. I suppose Aesop would call that "sour grapes," for I think the sentiments are (roughly): "hmph...well, I was never interested in winning in the first place!" After all, you cannot impose, or even suggest, any positive changes upon a group of people that is totally against them. I set out to rehabilitate Roman Catholics, in the externals of liturgical worship at first (as a means to rehabilitate their sense of tradition to a more holistic mode in order to bring about a reappraisal of the Petrine ministry among them), but failed, failed utterly and ruined my own life in the process. Time was when I sneered at the godless kind who deliberately avoided church on Sundays; liturgical worship on Sundays is, after all, a thing most civilised (in theory: my own snobbery dictates that I decide the liturgical and architectural style thereunto, the music, etc). These days I seem to have willingly joined the legions of the damned, and I don't give a shit! The road to Hell is such a beauteous way, ever so easy and comfortable. But if the road to Paradise is understood solely in terms of altruism, self-denial and long-suffering then we're all in trouble! 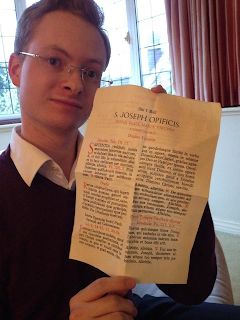 I make no secret (secrecy is a terrible sin) of the fact that I have been depressed. Someone suggested that I "do something" about it. I thought then that I had made one of the more spectacular blunders in my life, having hoped that the depression would simply lift of its own, or that a divine wind would blow it away, or that a white light would suddenly stab into the darkest corners of my mind and pierce the wretched cankers that were living there where all else was dead. There is no such hope, of course. A change is required but of my own making and that entails eshewing that godly vice in my life, namely sloth. Already I have changed jobs. Until October I was a victim of fate, working, living, etc where I was put by others. Not much has changed on that frontier, except now I can no longer order my own comings and goings in the workplace. My dog died. That was a change that was thrust upon me by Nature but it may tributary to something greater and more beautiful. Where, in my darkest months, the palace of my mind became a dark place there were still the remotest corners where the knowledge of light, saxifrage and God was unblemished. Those corners are expanding, I think, albeit slowly and there is nothing, to me, more precious than my mind's home. It is the one place I have always tried to keep free of dust!

But what to do? What do you do, when you are depressed, to try and rekindle the ashes of your former passions? How can a man start his life again? This state of mind has really been a round-about turn. I never once thought that I would completely abandon old pastimes, reading (I was an assiduous reader until this year), going out, etc and exchange them for a simple continuance. I would go to work, I would come home, and I would invariably go to bed. At work (when I bothered going) I would stagger on and not really bother with most of it. I was fortunate that my work was "behind the scenes," so any mistakes would only really be brought to light by a senior auditor so there were some days on which I could sit in the office with the lights off and nobody would ask questions. I don't have that luxury anymore so I am forced to stay active; not a bad thing. In fact one of the coins with which I tried to buy back my sanity was to change jobs so that I would have no option but to work! I am on a temporary contract at the moment and, having received four failed job applications in the last fortnight (one external, three internal), I am under no delusions that I shall be in work on 5th January, in spite of all my efforts and the praise of other members of staff. My decision to end the nightmare of my last job had been taken seriously but it was, nevertheless, a great throw of the dice. I haven't been unemployed for eight and a half years so that will be interesting! 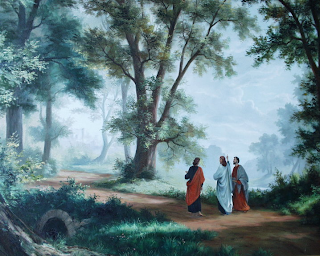 So, what do I do now? Have I resumed blogging? Someone suggested that my literary style is particularly suited to satire or the writing of novels. That sounds quite grandiose and I am by no means a latter day Swift. But there is something about publication and having an audience that appeals to me, and I have missed Liturgiae Causa. But have I, in turn, been missed?

A note on the images. They are quite meaningless, having been recycled from previous posts. The crocuses are used as a sign of hope, I suppose, and The Way to Emmaus long time readers may remember was the signature image and raison-d'etre of the blog. The one in the middle is of me and Joe the Working Class git.
Posted by Patrick Sheridan at 1:30 am
Email ThisBlogThis!Share to TwitterShare to FacebookShare to Pinterest