In the six and a half years that I have been writing an online journal my articles, reflections, comments and images have inspired both devotion and revulsion. I have lost a number of regular readers because I have not shied away from saying what I think. Most Christian blogs have nothing to do with me, and I am proscribed by such fora as Fisheaters and Ship of Fools. Nevertheless, I have been profoundly touched by the many messages of support, encouragement and good will that I have received from the occasional reader over the years. It is for such well wishers that I stagger on chiefly, if not only for myself. If I ever wanted anything from writing this awful blog it is some credibility and the stimulant for actual publication. When my father dies I can see myself going the way of "Old Smoky," the nickname my father has given to the tramp we sometimes see around Crayford town centre. I would say that I am trying to collate the best of my stuff into a publishable form but I am otherwise engaged in wrestling the job situation and my own chronic indolence. Sometimes I am too depressed to face the uphill struggle against failure and rejection so I retreat to my Nintendo.

So far I have received no reaction at all to my post on the latest defecation from Rome. There was the usual disclaimer, "this is not doctrine," &c. but everybody knows that's a ruse. The two covenant heresy is already established in inter-religious dialogue with the Jews, and appears to have been personally believed by John Paul II and by Francis. Now, the doctrine of the two covenants is an heresy. It was never believed by the Apostles, the Fathers, or the Scholastics. It is, in fact, new. Now, what do we usually call people who choose not to assent to the truths of faith? That's right, we call them heretics. So if John Paul "the Great" believed in the heresy of the two covenants, and proclaimed his error in a Roman synagogue, then we can safely call him an heretic. As we can call Francis an heretic. 2+2=4. It's that simple. We're not in Room 101 here! I don't particularly care for subtleties and nuances, as Fr Hunwicke has described this heretical document. I only care about forthright, blunt proclamation of the Truth of the Gospel with absolutely no room for ambiguity or misinterpretation. That has been one of the chief evils of Christianity, as I see it (besides the Papacy). 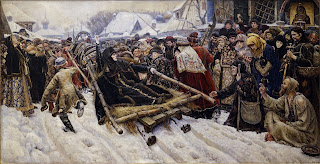 In many ways I see this as myself.

That a Roman pope is an heretic puts the traditionalists out of reckoning. That's where the backtracking, and the qualifications, and the cognitive dissonance come in handy. Not for me, though. I don't believe in that kind of nonsense. I have no difficulty in accepting that bishops can be heretics but I see no value in believing that the bishop of a particular see cannot possibly be an heretic. This document, while not "magisterial," is going to be an embarrassment to the traditionalists just as much as the impetuous utterances of Frank when talking to journalists. Who am I to judge? Just someone who cares about Truth more than league of friendship or allegiance or the communion of heretics.
Posted by Patrick Sheridan at 4:49 pm
Email ThisBlogThis!Share to TwitterShare to FacebookShare to Pinterest