Throwing in the towel... 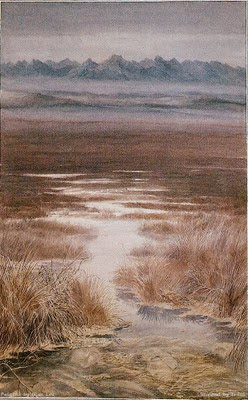 What is it with other bloggers and not publishing my comments? Are they offensive? Or do they fear that I threaten to destroy their Traddieland fantasy by offering clear proofs that it's a load of rubbish? Maybe only other Trad robots who spout the same nonsense are allowed to comment - ''Benedictine altar arrangement mitigates a liturgical abuse,'' ''Summorum Pontificum saved the Liturgy,'' ''most holy father, what a lovely backside you have,'' etc. I'm sorry but since when did we have to be satisfied and grateful with mediocrity provided by the ecclesiastical hierarchy?
On Liturgical Pustule's predictable ''call to arms'' post, a reader left this rather silly comment:
Okay. If we get kicked back to the Ecclesia Dei days, this is what we do.
SACRAMENTAL REVOLT! Organize massive outdoor Solemn Masses with the most in-your-face lace and orchestral choirs. EF loving priests should go on a "Novus Ordo strike" and only say the EF until the sanctions are lifted.
If the bang-your-tambourine, Peter, Paul, and Mary wannabes got us "Eucharistic ministers", communion in the hand, and altar girls through manifest liturgical disobedience, we traddies can use their tactics to protect our Mass!
Honestly, I don't think the doomsday scenario is going to happen. Still, we have to tear a page from the liberal playbook if we want to play tough.
Awwww, Patricius usque ad lacrimas risit! There's nothing more pathetic than an irate Trad!
Don't you people understand? Tradition is stone dead in the Roman Church, stifled by legal positivism and the '62 books themselves. If you want Tradition I'm afraid the only thing you can do in reason is look beyond the visible confines of Roman jurisdiction.
My unpublished comment read thus:
sortacatholic, aren't you traddies supposed to be the obedient sons of Holy Mother Church though? What happened to reasoning with Rome, putting one's case forward honourably etc, which our esteemed '62ist blog host writes of?
I personally would welcome a return to the days of Ecclesia Dei, when bishops had a semblance of authority over liturgical rites in their own dioceses - this seems more traditional to me than this rank Ultramontanism, a by-product of 19th century infallibism.
When these rumours are proved true, and pray God they are swiftly, then you will realise that any revival of Tradition in the Roman Church is doomed to failure - because of a sorry mix of Ultramontanism, legal positivism, episcopal ineptitude, and the '62 books themselves.
As for me, I'll be sitting on the edge of the confines of Romanism with my Anglican friends laughing at you all with a gin and tonic, and thinking that even the Church of England is a better environment for the Sacred Liturgy than the Roman Church ever was, or ever will be.
The above painting is by the Tolkien illustrator Alan Lee, and depicts the bleak view of the Ashen Mountains over the Dead Marshes. What was it that Tolkien said about the hideous wasteland that lay about Mordor? I don't have my copy of The Lord of the Rings to hand so I put the sense into my own words: that it would be the lasting monument to the dark labour of Sauron, when all his purposes would be made void. I often think of this apt description, and sometimes of Wren's tomb in St Paul's, whenever I write about Liturgy.
You want my counsel? Put zero trust in the Roman authorities. They know nothing about Liturgy and seek only the suppression of Tradition. If you want the real thing, look rather to your own good sense....I can just imagine the Traddies reading this now, ''oh dear, he's become Protestant...''
Posted by Patrick Sheridan at 11:23 am
Email ThisBlogThis!Share to TwitterShare to FacebookShare to Pinterest