The Great Patron of Liturgiae Causa... 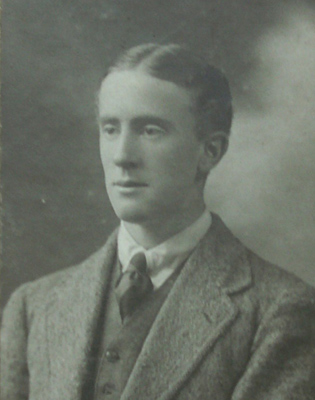 The patron of this blog, John Ronald Reuel Tolkien, died 38 years ago today. Verily a prominent literary Catholic, an upright, moral man and a genius of his time, I render hearty thanks unto the Lord for his life and writings. For the last three years I had in mind his liturgical musings throughout the month of September, but I thought I'd simply quote something from The Lord of the Rings this year, in reverent living memory (isn't that an apt definition of Tradition?) of the great man who has shaped and influenced the course of my life for so many years. I was, after all, just seven years old when I first read The Hobbit, and was so moved by literature even to tears when I read of the death of Thorin Oakenshield. Tolkien's writings are good, in the all-encompassing biblical sense, and wholesome; influenced by the Catholic faith, which pervades and dictates all great works of art. I wonder if readers can guess why I have, of all passages, chosen upon this one?

'''Then let us do first what we must do,'' said Legolas. ''We have not the time or the tools to bury our comrade fitly, or to raise a mound over him. A cairn we might build.''
''The labour would be hard and long: there are no stones that we could use nearer than the water-side,'' said Gimli.
''Then let us lay him in a boat with his weapons, and the weapons of his vanquished foes,'' said Aragorn. ''We will send him to the Falls of Rauros and give him to Anduin. The River of Gondor will take care at least that no evil creature dishonours his bones.''

'Quickly they searched the bodies of the Orcs, gathering their swords and cloven helms and shields into a heap.
''See!'' cried Aragorn. ''Here we find tokens!'' He picked out from the pile of grim weapons two knives, leaf-bladed, damasked in gold and red; and searching further he found also the sheaths, black, set with small red gems. ''No orc-tools are these!'' he said. ''They were borne by the hobbits. Doubtless the Orcs despoiled them, but feared to keep the knives, knowing them for what they were: work of Westernesse, wound about with spells for the bane of Mordor. Well, now, if they still live, our friends are weaponless. I will take these things, hoping against hope, to give them back.''
''And I,'' said Legolas, ''will take all the arrows that I can find, for my quiver is empty.'' He searched in the pile and on the ground about and found not a few that were undamaged and longer in the shaft than such arrows as the Orcs were accustomed to use. He looked at them closely.
And Aragorn looked on the slain, and he said: ''Here lie many that are not folk of Mordor. Some are from the North, from the Misty Mountains, if I know anything of Orcs and their kinds. And here are others strange to me. Their gear is not after the manner of Orcs at all!''
There were four goblin-soldiers of greater stature, swart, slant-eyed, with thick legs and large hands. They were armed with short broad-bladed swords, not with the curved scimitars usual with Orcs; and they had bows of yew, in length and shape like the bows of Men. Upon their shields they bore a strange device: a small white hand in the centre of a black field; on the front of their iron helms was set an S-rune, wrought of some white metal.
''I have not seen these tokens before,'' said Aragorn. ''What do they mean?''
''S for Sauron,'' said Gimli. ''That is easy to read.''
''Nay!'' said Legolas. ''Sauron does not use the Elf-runes.''
''Neither does he use his right name, nor permit it to be spelt or spoken,'' said Aragorn. ''And he does not use white. The Orcs in the service of Barad-dûr use the sign of the Red Eye.'' He stood for a moment in thought. ''S is for Saruman, I guess,'' he said at length. ''There is evil afoot in Isengard, and the West is no longer safe. It is as Gandalf feared: by some means the traitor Saruman has had news of our journey. It is likely too that he knows of Gandalf's fall. Pursuers from Moria may have escaped the vigilance of Lórien, or they may have avoided that land and come to Isengard by other paths. Orcs travel fast. But Saruman has many ways of learning news. Do you remember the birds?''
''Well, we have no time to ponder the riddles,'' said Gimli. ''Let us bear Boromir away!''
''But after that we must guess the riddles, if we are to choose our course rightly,'' answered Aragorn.
''Maybe there is no right choice,'' said Gimli.

'Taking his axe the Dwarf now cut several branches. These they lashed together with bowstrings, and spread their cloaks upon the frame. Upon this rough bier they carried the body of their companion to the shore, together with such trophies of his last battle as they chose to send forth with him. It was only a short way, yet they foun it no easy task, for Boromir was a man both tall and strong.
At the water-side Aragorn remained, watching the bier, while Legolas and Gimli hastened back on foot to Parth Galen. It was a mile or more, and it was some time before they came back, paddling two boats swiftly along the shore.
''There is a strange tale to tell!'' said Legolas. ''There are only two boats upon the bank. We could find no trace of the other.''
''Have Orcs been there?'' asked Aragorn.
''We saw no signs of them,'' answered Gimli. ''And Orcs would have taken or destroyed all the boats, and the baggage as well.''
''I will look at the ground when we come there,'' said Aragorn.

'Now they laid Boromir in the middle of the boat that was to bear him away. The grey hood and elven-cloak they folded and placed beneath his head. They combed his long dark hair and arrayed it upon his shoulders. The golden belt of Lórien gleamed about his waist. His helm they set beside him, and across his lap they laid the cloven horn and the hilts and shards of his sword; beneath his feet they put the swords of his enemies. Then fastening the prow to the stern of the other boat, they drew him out into the water. They rowed sadly along the shore, and turning into the swift-running channel they passed the green sward of Parth Galen. The steep sides of Tol Brandir were glowing: it was now mid-afternoon. As they went south the fume of Rauros rose and shimmered before them, a haze of gold. The rush and thunder of the falls shook the windless air.
Sorrowfully they cast loose the funeral boat: there Boromir lay, restful, peaceful, gliding upon the bosom of the flowing water. The stream took him while they held their own boat with their paddles. He floated by them, and slowly his boat departed, waning into a dark spot against the golden light; and then suddenly it vanished. Rauros roared on unchanging. The River had taken Boromir son of Denethor, and he was not seen again in Minas Tirith, standing as he used to stand upon the White Tower in the morning. But in Gondor in after-days it was long said that the elven-boat rode the falls and the foaming pool, and bore him down through Osgiliath, and past eh many mouths of Anduin, out into the Great Sea at night under the stars.

'For a while the three companions remained silent, gazing after him. Then Aragorn spoke. ''They will look for him from the White Tower,'' he said, ''but he will not return from mountain or from sea.'' Then slowly he began to sing:

'Through Rohan over fen and field where the long grass grows
The West Wind comes walking, and about the walls it goes.
''What news from the West, O wandering wind, do you bring to me tonight?
Have you seen Boromir the Tall by moon or by starlight?''
''I saw him ride over seven streams, over waters wide and grey;
I saw him walk in empty lands, until he passed away
Into the shadows of the North. I saw him then no more.
The North Wind may have heard the horn of the son of Denethor.''
''O Boromir! From the high walls westward I looked afar,
But you came not from the empty lands where no men are.''

'From the mouths of the Sea the South Wind flies, from the sandhills and the stones;
The wailing of the gulls it bears, and at the gate it moans.
''What news from the South, O sighing wind, do you bring to me at eve?
Where now is Boromir the Fair? He tarries and I grieve.''
''Ask not of me where he doth dwell - so many bones there lie
On the white shores and the dark shores under the stormy sky;
So many have passed down Anduin to find the flowing Sea.
Ask of the North Wind news of them the North Wind sends to me!''
''O Boromir! Beyond the gate the seaward road runs south,
But you came not with the wailing gulls from the grey
sea's mouth.''

'From the Gate of Kings the North Wind rides, and past the roaring falls;
And clear and cold about the tower its loud horn calls.
''What news from the North, O mighty wind, do you bring to me today?
What news of Boromir the Bold? For he is long away.''
''Beneath Amon Hen I heard his cry. There many foes he fought.
His cloven shield, his broken sword, they to the waters brought.
His head so proud, his face so fair, his limbs they laid to rest;
And Rauros, golden Rauros-falls, bore him upon its breast.''
''O Boromir! The Tower of Guard shall ever northward gaze
To Rauros, golden Rauros-falls, until the end of days.''

'So they ended. Then they turned their boat and drove it with all the speed they could against the stream back to Path Galen.
''You left the East Wind to me,'' said Gimli, ''but I will say naught of it.''
''That is as it should be,'' said Aragorn. ''In Minas Tirith they endure the East Wind, but they do not ask it for tidings. But now Boromir has taken his road, and we must make haste to choose our own.''' (The Lord of the Rings, Book III, Chapter I).

Tolkien's Requiem Mass was celebrated on 6th September in the church of St Anthony of Padua in Headington, Oxford, by his son John with the assistance of Fr Robert Murray, SJ (whom I met in 2006) and Mgr Doran, the rector. He is buried beside his wife Edith in the section of Wolvercote cemetery reserved for members of the Roman church. The modest headstone, of Cornish granite, is inscribed: ''Edith Mary Tolkien, Lúthien, 1889-1971. John Ronald Reuel Tolkien, Beren, 1892-1973.''

Posted by Patrick Sheridan at 3:34 pm
Email ThisBlogThis!Share to TwitterShare to FacebookShare to Pinterest