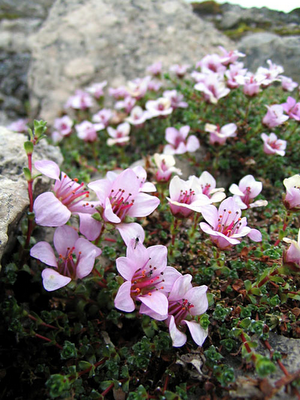 ...with enthusiasm the blog of the Liturgical Pimpernel for some time now, especially those not infrequent posts where I seem to be subject. I saw this in his next to latest post:

I was not referring to Patricius' statements on his sexuality, in which I have no interest at all. I was referring to everything he says about LITURGY, in which he demonstrates an ignorance which is as comprehensive as his lack of charity. He may be honest about that, but he knows nothing about anything else.

My personal life is naturally something I am not prepared to discuss in a public or semi public forum, such as a 'blog. I suppose this comment was related to my post about the article that that ignorant autodidact wrote a few weeks ago? I wrote then what I wrote purely to make my own argument more plausible. I can only humbly observe that perhaps it worked, since the conclusions reached by the American Traddie seemed nonsensical to me.

Even so, perhaps the individual who composed the aforementioned comment would care to come forward and justify his claims? I never said I was an expert in Liturgy, but I am by no means ignorant! I just said that I had something to say (when I can be bothered saying it) which seemed to be ignored by the Traditionalist world, where sycophancy, a lot of might-have-beens, and satisfaction with mediocre Liturgy tolerated (though in some cases, not even allowed!) by Rome seem to be the norm. If I have said anything worthwhile then perhaps my small, mean endeavour here can be said to have procured at least some good for the Catholic Church. As for my supposed ''lack of charity,'' how can I be charitably disposed towards people who care more for blind obedience where it serves us not when blind obedience got us all into this liturgical mess in the first place? If any Traddies still read this blog, it's nothing personal. You just make me sick.

The flowers have nothing to do with the post, but they are my personal favourite. They are purple saxifrage, a rare mountain flower, which oftentimes flowers among the snow. They are extraordinarily pretty. I first saw them as a boy in my grandmother's rock garden, that worshipful lady who fostered rather than tried to suppress my inclination toward beautiful, lofty things. When I went to the florist to engineer a bouquet to my own specifications for my mother's 50th birthday I asked the florist if she knew them (she didn't); I went away thinking that I must be among a handful of male clients who knows anything about flowers!
Posted by Patrick Sheridan at 9:02 pm
Email ThisBlogThis!Share to TwitterShare to FacebookShare to Pinterest