I recommend this post from the now-seemingly-defunct ''Mutual Enrichment'' blog (formerly Liturgical Notes) from when John Hunwicke was still sane. Hunwicke describes the history of the canonisation process relative to the Latinity of the liturgical books and the cult of St Charles the Martyr. That Hunwicke is an unfortunate example of how Popery ruins everything need not be belaboured here to-day. I wonder if Hunwicke commemorated St Charles in whatever service he celebrated yestermorn?

As for me, I was at the Banqueting House at Whitehall yesterday for the annual service put on by the Society of King Charles the Martyr on that solemn and serious day on which barbarous tyranny prevailed against the Lord's Annointed. I was in the company of some very distinguished men, a good many familiar faces, and the ethos of the day's devotions was of goodness, obedience, and no riff-raff. When I was at school and I first saw that famous German relief of the martyrdom of St Charles (at the top of this post), I thought how unnatural it was for a kingdom to kill its own king. Edward II and Richard II (who, one might say, deserved their fates) were ''done away with'' (Richard was most likely starved to death), but this was different. Where these former were supplanted by another King, the death of St Charles heralded the death of Kingship itself. Parliament had passed an act making kingship obsolete even so. St Charles was brought to ''trial'' by mere force of arms, was ''judged'' by an oligarchy of his enemies, men of reprobate religious minds, and was publically executed as a ''traitor'' and enemy of the state - charges actually fitting the leaders of the parliamentarians themselves. The death of St Charles was illegal, unjustifiable, an act of judicial murder and an absolute, unmitigated atrocity. A black day for this Kingdom, forsooth! 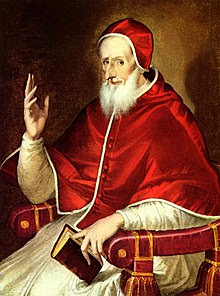 A most distinguished friend and I were musing over lunch afterward about the relationship of unsound political opinions and unsound religious opinions, that they always seem to interpenetrate. The Regicides (correct me if I am mistaken) were all Puritans. Most of the Parliamentarians were Puritans. The Kirk of Scotland (James VI and I having re-established episcopacy in 1584 notwithstanding), which was where the Civil War really started, was ''Presbyterian'' in polity. The Protectorate abolished liturgy, bishops, suppressed the writings of the Caroline Divines and their Jacobean fathers and set about a movement of gross Iconoclasm far worse than that of the reign of Edward VI. Oliver Cromwell, so clearly fanatical and a regicidal lunatic, epitomises the dangers of Protestantism. That just leaves the Roman Catholics. During the reign of Elizabeth I there were popish plots, in France, Spain and Rome, ordered to one end: her assassination and the coronation of Mary Stuart who would, presumably, once again impose Romanism on the land. Thankfully, Francis Walsingham exposed most of them, but they never really went away, and really we ought to consider their implications for societal and religious order. Such things as Regnans in Excelsis of ''saint'' Pius V, in which the pope released the English from loyalty to their Sovereign; Guy Fawkes and his notorious plot to ruin the Kingdom by the shedding of blood; the fact that so many recusant Roman Catholics were willing to commit murder, espionage and other acts of treachery for the sake of the ordinances of the pope, all of these things justify the Penal Laws. If a group or cult is dangerous, naturally the State takes measures to suppress their activities and influence on public life. Modern Roman Catholics are really no different to their 16th and 17th century ancestors, just as dangerous, just as contemptuous of the Church Established and the Monarchy. Irish Republicans are a noteworthy example, as are some traditionalists. They all have this hubris about the fact that The Queen is an Anglican, that the finest churches in the land (built before the Reformation) are Anglican churches which ought to be ''given back'' (to whom?). So what? Should your personal loyalty and obedience to the Sovereign be less because she is not a Roman Catholic? I'm sorry but this attitude of modern Roman Catholics to the Sovereign, which is the latter day yoke of Pius V and Guy Fawkes but lulled to sleep, is a most uncatholic and unnatural tendency and contrary to the express word of Scripture:


Submit yourselves to every ordinance of man for the Lord's sake: whether it be to the king, as supreme. 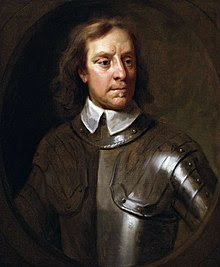 ﻿
As for the cult of St Charles the Martyr, what is the problem? Does the Second Vatican Council not say that many elements of sanctity and piety exist beyond the confines of the Roman communion? And are not episcopacy, ecclesiastical polity, kingship and tradition not worthy causes for which to die? But then the Romans would interject and say that St Charles had a few priests put to death and was obstinate, could be fickle and uncompromising. Oh I see, so you'd rather venerate Pius V who encouraged the assassination of Blessed Elizabeth and oversaw many uncatholic reforms in his pontificate? But it doesn't matter, does it? Personal piety, deference to a regal tradition, etc mean nothing to Roman Catholics. The real reason they cannot stand St Charles is because he would not bend the knee to Rome. And so I might conclude by repeating what I said earlier: unsound political and unsound religious opinions do indeed interpenetrate, for they proceed from the same delusion. In other words, Roman Catholics are just ritualistic puritans; and puritans are just unsmiling Roman Catholics. Two sides of the same coin, with one side featuring the head of Oliver Cromwell, and the other the bishop of Rome. And who can tell the difference? How, exactly, was Cromwell any different to somebody like Pius XII?
St Charles, King and Martyr, pray for us.
Posted by Patrick Sheridan at 7:00 am
Email ThisBlogThis!Share to TwitterShare to FacebookShare to Pinterest