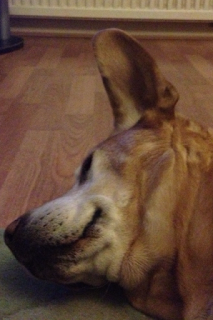 On the morning of St Catherine's Day I was reading about service dogs and turned with interest to autism dogs, of which I hadn't heard before. I think they're wonderful. Like guide dogs for the blind they assist autistic children (and probably adults) with visual, auditory and olfactory stimuli, alerting the owner to important noises (such as a smoke alarm, the telephone, the door bell, etc), obstacle avoidance, and the general day-to-day activities of living life independently which, for people with autism, is extremely difficult. We've had a dog in the house for something like 14 or 15 years. First there was Sammy, a shih-tzu, who thought that my mother's nice Chinese rug was excellent for peeing on. We bought him from an elderly lady who had no family but had to go into hospital, and he was a rather sweet thing. In the end my mother got rid of him as he became incontinent, which at the time I thought was a poor excuse, but I can't say that I miss him much anymore. Then in 2001 came Lucy, named for St Lucy because we brought her home on the feast of St Lucy (my idea), my golden labrador. About a year or so later my mother brought home another puppy from the same breeder, a black labrador, to keep Lucy company. She ended up with the name Elle. Over the years they have become my best friends. 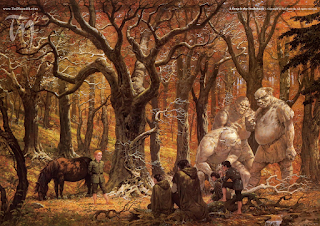 While my father may claim that they are of no use whatever I think they serve a very unique, personal function, and I wouldn't be without them. I cannot really describe how they are useful; they don't do anything, in fact they are completely helpless. All they want is to be fed and loved. They have been very consoling in times of trial and, while I enjoy being alone by myself most of the time, it is a comfort to know that the dogs are there, either asleep or begging for scraps (Lucy is notoriously greedy and ''well, you don't share any of your dog food with me'' is no deterrent to her constant mooching). Lucy is my favourite as she is very soft, very warm and very placid; and very knowing too. I don't think ''brute beast'' when I look into her eyes. There was one time when I was beaten up on the way home from school by two yobbos (I got their names from someone who saw it from a distance and I had them expelled - sweet revenge), and I was rather shaken. I went straight upstairs and Lucy came up to my room and lay next to me on my bed and nuzzled her head under my arm. Needless to say that I received more comfort from the dog than my own mother. To my knowledge Tolkien never had a dog (or any kind of pet), and he was averse to cats, but love of animals is a part of his legendarium just as much as anything. Huan the Wolfhound of Valinor was beloved of Beren and Lúthien; Beorn the Old kept many animals on his lands; Radagast the Brown was a friend of all beasts and birds; Farmer Maggot kept dogs in Bamfurlong, and consider Tom Bombadil's relationship with Fatty Lumpkin (a nickname I use for Lucy sometimes, though she is not particularly fat), or better still Sam's relationship with Bill the Pony. Poor old Sam. When I first read The Lord of the Rings I had quite forgotten about Bill by the time the hobbits got back to Bree, but I was glad that they were reunited in the end. I always found it rather funny when Sam said:

''Bill my lad, you oughtn't to have took up with us. You could have stayed here and et the best hay till the new grass comes.'' Bill swished his tail and said nothing.

Precisely because Sam wanted Bill to talk to him. I wish Lucy would talk to me. I'm sure that her simple, consistent worldview would be a welcome change to the stuff I think about all the time.

Art: Ted Nasmith. The photo is one I took recently of Lucy asleep with her ear standing up.
Posted by Patrick Sheridan at 3:00 pm
Email ThisBlogThis!Share to TwitterShare to FacebookShare to Pinterest