A Letter to a psychologist... 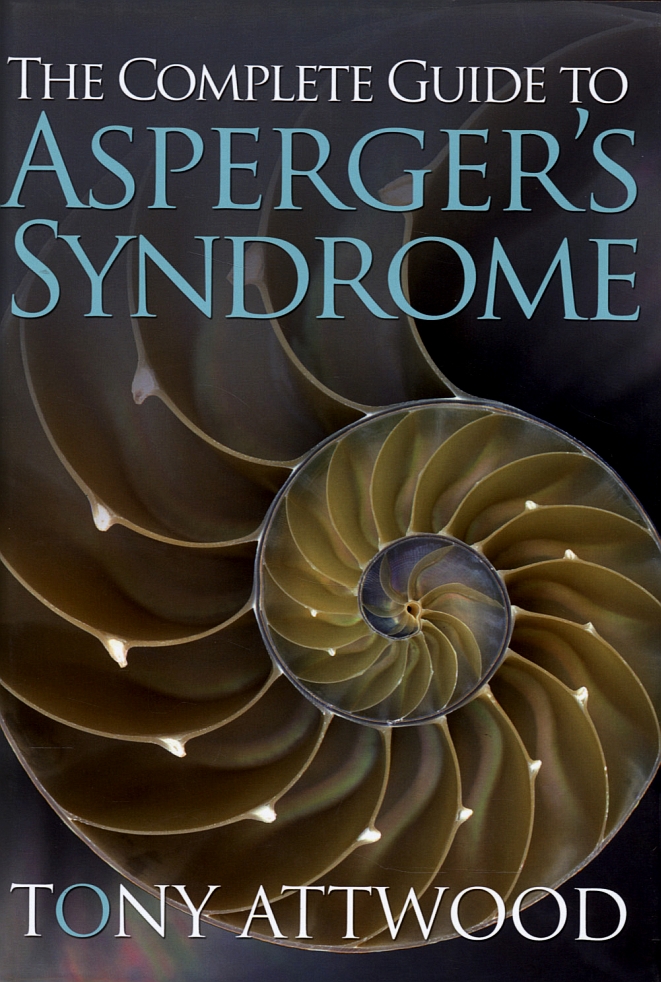 My name is Patrick, I am twenty-six years old and I have Asperger Syndrome. I bought your book, "Asperger Syndrome: The Complete [sic] Guide" in 2008 upon my diagnosis at the Maudsley Hospital. I enjoyed your book chiefly for your clarity of style and the many case studies investigated which helped illuminate such concepts as theory of mind. However, I have often found much of the literature surrounding Asperger Syndrome to be out of my own experience. While I share some of the characteristics of most autistic people I cannot really say that I have much sympathy for them. I am not a mathematician, for example, nor do I have any savant capabilities. You might say that my "special interests" are the literary works of J.R.R Tolkien, for which my expertise is, while not "internationally" recognised in the sense of successfully-published books (I have no capacity for success), is at least appreciated overseas by a minority of religious people. For example, a regular American reader of my weblog said in a comment in 2012:

But, your differentiator, as it were, that which one can't find readily elsewhere, to say nothing of being even halfway well done, is your ability to bring Tolkein to life historically, linguistically, culturally, religiously, etc.

This was a response to an article about certain elements of the Battle of Hastings in the Pelennor. Another "special interest" would be ancestral forms of the Roman Rite and liturgical reforms between the 16th and 20th centuries relative to these and the modern Roman Rite. I hasten to add that I am by no means an expert in this latter since most of the stuff exists in manuscript form in far-sundered places like the British Library and the colleges of Oxbridge, for which appointment is required, so I tend to rely mostly on secondary sources like the publications of the Henry Bradshaw Society, the Alcuin Club, etc. My lack of understanding (or empathy if you like) of most autistic people and their peculiar interests lies in what is essentially the monotony and fruitlessness of many of these pursuits. To what purpose, for example, is the setting to memory or recitation of camera serial numbers? I think Dr Baron Cohen alludes to that in one of his studies. Or the fictitious case study in your book about the boy who joined the byrding festivities of a young girl; the boy with the battery obsession. You may say that batteries and camera serial numbers, devoid of a general interest in electronics or photography, represent comfortable routines designed to obviate feelings of distress in autistic people who are doomed to live in a world largely cut off from routine. In which case, to what extent are they forms of escapism? Many people assume that autistic people despise fiction because it is not "true." On the contrary, if literature (good literature, mind you) is to serve any purpose it is the enshrinement of certain truths that otherwise find no meaningful expression in waking life, and to this end I love Tolkien, in whose works I have found my escape as much as others find in counting ad infinitum every conceivable prime number. But to what extent is the pursuit of knowledge a part of these routines and special interests? (As a curious aside, I too attended a birthday party at the behest of a girl called Laura when I was very little. Apparently, I spent the afternoon flushing the toilet of the upstairs bathroom. Laura's parents later asked my mother if I had had any "stomach bug," to which she said no and that I was just obsessed with toilets. Needless to say, subsequent birthday invitations were never extended my way).

I have also read The Curious Incident of the Dog in the Night-time by Mark Haddon. I hated it. Like a lot of other literature about autistic people the protagonist just apes a lot of stereotypes to the extent that the book is written in an atrociously matter-of-fact, immature style and presents a boy with no characteristics of his own. I could identify with neither the boy nor the circumstances of the story. Similarly, I have taken part in psychological studies at the Maudsley Hospital in which I have had to watch videos of simulated scenarios acted badly (probably by the students compiling the study themselves!) and then asked a set of questions designed to gauge my understanding of facial expressions, intentions and emotions, and all those other things. Most of these are so poorly presented in the videos that they are indistinguishable from the other emotions and so this impacts upon the study in a serious way. Your intention (I assume it's an intention of clinical persons in the study of autism) to establish a uniform criteria of understanding any of these things is doomed if the instruments with which they are measured are riddled with artificiality. For one thing they're embarrassing to watch. I suppose what I am getting at here is the ethics of labelling. An A4 piece of paper with fifty ticked boxes does not encapsulate a person anymore than their wage slip. And I expect the same could be said for Christopher Boon. Can you really paint a picture of an autistic person using general characteristics and not make him seem a grotesque caricature or a monster? The more I think about my diagnosis, the more I think it a ligament. Susanna Kaysen said that when was informed by her clinicians that she had a "character disorder." Would it therefore be gracious of us to accept these images of ourselves postulated to us by clinicians?

My feelings of separatism and, to a certain extent, hauteur stem from my sheer lack of enthusiasm for most documented cases of autistic people. I find myself constantly at variance with other people. I am homosexual (a moot subject) but cannot stand the LGBT community because we have only the fact of our sexual abnormality in common. Otherwise, I find homosexuals generally very ostentatious, immoral people. Similarly, with autistic people we just share a few common traits. I certainly don't think that the society of autistic people is a thing to be sought because of that. Do you think I have much time for Tolkien fans? No, of course not! The vast majority of them are bloody hippies with inferior understanding. Similarly with "liturgical" people; most people who have an interest in the Roman Rite are Roman Catholicks, who represent a religion which I reject. In addition, most of them take a relativistic and cavalier disposition to the practice of liturgy (largely because of their faith). Do you think that I have much in common with them? I certainly don't. You might say that I am in a kind of self-imposed exile away from the very few people with whom I have anything remotely in common.

I should like to know your thoughts on this matter and whether a sense of triumphalism in respect of this world is a common autistic trait. I understand that we've never actually met but an educated guess bethought of your profound experience of autistic people would be greatly appreciated. I cannot even pass for a "normal" person in the real world and so my cutting myself off from the society of gays, autistic people, Tolkien fans and "liturgical" people might seem strange to some. Does it seem strange to you?

(I think what I'm complaining about, chiefly, is that I haven't read my own biography written by someone who worships me).
Posted by Patrick Sheridan at 9:00 am
Email ThisBlogThis!Share to TwitterShare to FacebookShare to Pinterest