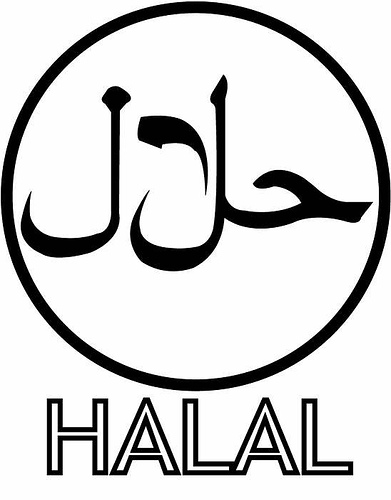 Yesterday we were learning about Home Insurance; compliance and all that. Apparently not enough branches have been dealing out insurance quotes and they are desirous that us new people lead the way. After going through the 72 page booklet (fortunately less than halfway) we were asked by the training manager to pose any questions we might have. Mine was the most useful. I asked: "what if somebody has a moral or religious objection to insurance of any kind?" This was greeted with near-universal squirming among my fellow colleagues; one of whom even said: "you have a moral objection to everything!" I found this strange, especially as this comment came from someone with the surname "Islam." It's hardly surprising, then, that he had never read the Book of Job. Perhaps it was an allusion to my earlier reservation about eating in a restaurant that served halal meat. You see, I had been invited (probably as an afterthought) to a kind of "graduation" supper next week and the Muslims were concerned that they eat somewhere without the haraam problem. Nobody gave much thought to the fact that somebody might object to eating the flesh of a beast cruelly slain, then turned by a cleric to face Mecca and sacrificed to Allah. What does St Paul say about that?

But I say, that the things which the Gentiles sacrifice, they sacrifice to devils, and not to God: and I would not that ye should have fellowship with devils. 1Cor 10:20.

So I am not going. I think they decided upon Nando's, which would be an assault upon my sense of taste anyway. "Islam's" comment could also have alluded to my question about "dress-down day." In exchange for a donation of £1 we can wear our home clothes on Monday. Our donation would go to a charity. At this point, I raised my hand. "Yes, Patrick," quoth the manager. "Could I just ask, to what charity is our money going?" "Good question. Probably one of two, Macmillan Cancer Support or The British Heart Foundation." "Ahh, I see. I just ask because somebody might have an objection to either of those charities because of their policies about certain things." I would have added that donation to charity in such an in-the-open way detracts somewhat from the act of giving, which should proceed from charity and mercy, or that feelings of common pride as a result of this make void whatever funds we have given, but thought better of it; I would also have said that an expectation to donate to charity in the midst of an economic recession is a bit much but my reputation as a stick in the mud has already been established.

Moral of this story? Well, if you're prepared to eat halal meat, which is at variance with the Scriptures, then be prepared for fire and brimstone. And don't ever donate your money to charity.
Posted by Patrick Sheridan at 12:21 pm
Email ThisBlogThis!Share to TwitterShare to FacebookShare to Pinterest