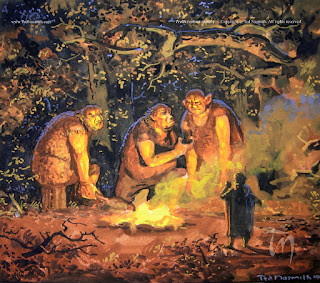 Since the beginning I have controlled the publication of comments on this blog. That won't change. I am quite liberal about that which is published. I am not interested in comments that are personally critical; it's water off a duck's back when it is not constructive, but so long as standards of decency are maintained I have no qualms about publishing them. But I will not publish abuse, sarcasm or long-winded tangents, especially from people who are utterly and invincibly convinced of Rome’s claim to be the true church, let alone a church. One such contributor is "AnthonyMunday." You will follow the link to his profile in vain, since it is not available on Blogger, but we can expect as much from such a one. Since vowing to give up his persona and move onto better things in a hissy fit a few months ago, I have refused to publish his comments. Now, you'd expect most trolls to just give up after repeated attempts to impose their unwanted, feeble points of view in a forum in which they aren't welcome, but not he (assuming it is a man)! At first, like any other reader, I let through his comments. I disagreed with them, and made plain my disgust with any person who tried to drag me back into the Papal communion, but it transpired that his long-winded tangents degenerated into insults and personal abuse when it was made aware that I would not tread the Romeward path. I'll give readers a sample of his wit this once, so that they can shun him (shake the dust off your feet, &c), and my advice to other Bloggers would be to delete any comments he leaves on your blogs without reading them; they are clearly left to cause a nuisance.

"I feel your pain, Kallistos! You’re having a bit of a crisis at the moment. Be assured, I have prayed for you, as requested.

"It’s such a shame (I’m being selfish now) that you’re not Catholic anymore. Otherwise, we could have met up at Westminster Cathedral one Saturday for the 10.30am Mass. I could have given you a hug (no funny business, please – I’m unacquainted with the works of Dorothy), then we could have got in line for confession with the Caribbeans and Asians, lit a votive candle at St John Southworth, raided the Catholic bookshops, and then I could have treated you to a boozy pub lunch in Pimlico, you on the Margaritas and me on the real ale.

Art: Ted Nasmith. Bilbo's trolls. Not his best painting but given the subject...as my father would say in his assiduous way, "you can't polish a turd."
Posted by Patrick Sheridan at 7:15 pm
Email ThisBlogThis!Share to TwitterShare to FacebookShare to Pinterest