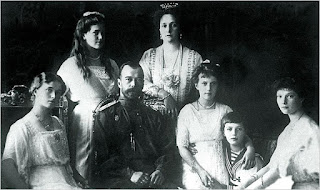 This month I've had more visitors from Russia than from the United States and United Kingdom combined, and they keep coming. I mean, since I dismantled "Sitemeter," which became useless and intrusive, I don't follow my site statistics as rigorously as was my wont aforetime, but I think that's a first for Liturgiae Causa. So I thought for my new Russian audience I'd put this poignant photograph up. Putin is a great man, of course, something any cynic can glean from the fact that he's so despised in the West, but you can never cease praying for the return of legitimate government.
Posted by Patrick Sheridan at 11:05 am
Email ThisBlogThis!Share to TwitterShare to FacebookShare to Pinterest