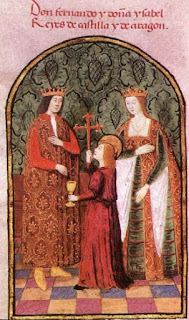 Wouldn't it be ironic if the two whole families received into the Vatican City State turned out to be Roman Catholics, perhaps even of Latin Rite, where the Muslim family taken in, by command of the supreme ecclesiastical authority, by some poor, credulous but obedient priest murdered him in his sleep for being an "infidel." They might even do padre the honour of blowing up his church, but not before desecrating the tabernacles and smashing the statuary. I imagine that might go ignored by the mainstream media because we mustn't let grotesque hate crimes and acts of religious war get in the way of beached corpses and the crude dinghy boats full of "desperate" people whom pope Francis seems to prefer over the cultural, linguistic and religious integrity of Europe.

I agree with every sentiment expressed here by Dr Michael Scheuer, including what seems to be call for revolution. Of course, I would go further than sending the new migrants back to the Middle East and Africa and call for the enforced repatriation of all non-Europeans from the Continent and restore Christianity as Europe's "state religion;" maybe even set up an Inquisition of sorts with myself as Grand Inquisitor (a dream job). I'm quite certain I'd do a much better job of defending Christianity than this fatuous pope.


God save The Queen!
Saints Ferdinand and Isabella, pray for us!

By the way, in a most cowardly fashion I deleted a post I published on 20th April, a "manifesto" of about thirty points outlining what I would do if I were "king for a day." In the light of this migrant crisis I might compose another. As for the Catholic Monarchs, the present Spanish government might have distanced itself from the praiseworthy actions of King Ferdinand and Queen Isabella, but I haven't.
Posted by Patrick Sheridan at 9:00 am
Email ThisBlogThis!Share to TwitterShare to FacebookShare to Pinterest