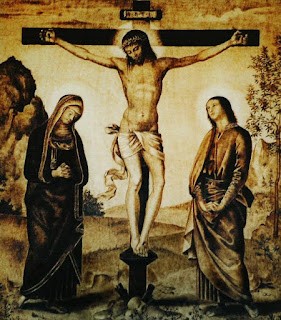 Apparently, I have "weird, crazy and even heretical" ideas. I'd have thought after six years of writing a blog people might better understand my views; nevertheless, here goes.

First of all, I am Christian. I believe in Jesus Christ which suffered death and harrowed Hell, as I have heard mine elders tell. I was baptised into the Papal communion as an infant and was devoted to that communion in purpose of heart and mind until about the age of twenty-two. I was a traditionalist attached to the "traditional Latin Mass" for some years until I realised that I had very little in common with other traditionalists, most of whom were, if not invincibly ignorant, actually opposed to Tradition in my understanding; and many of them holding a number of alarming political and social beliefs, such as non-recognition of Her Majesty Queen Elizabeth, some of them being ardent republicans (like so many Jews), and an unbelievably tribal view of the Church of England to the extent that, until the craze for "Anglican Patrimony" with Benedict XVI's ordinariates, one woman told me she would never even open a Book of Common Prayer. I was turned out of my parish soon after I stopped believing that concealing the burden of Britain's idolatry in me was virtuous. Since then I have moved further and further away from Papalism and the traditionalist movement, to such an extent that these days I would sooner endorse the Roman Catholic Womenpriest movement than Una Voce or the $$PX, and would gladly lead most traditionalists into the London Oratory, lock the doors and set light to the building. 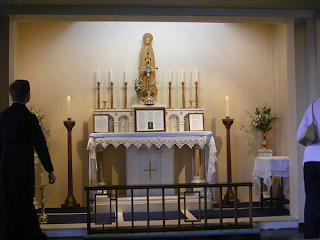 Having said that, I have fond memories of the ordinary, non-partisan Roman Catholics from my old parish, and many Roman Catholics of my acquaintance are better Christians than I am. Nevertheless, I am firmly convinced that Popery is a gross distortion of true Christianity and that the Papacy is the sole dividing force within the Christian religion, the title "supreme pontiff" notwithstanding. All major schisms that have rent Christ's Church over the ages can be laid squarely at the feet of the Bishop of Rome, who is, in his own words, the vicegerent on earth of Jesus Christ. Indeed, I think as much of the Bishop of Rome these days as I think of your average Rabbi; bankrupt, and with not a scrap of priesthood about him.

So we've established that I don't think much (or indeed anything) of the pope, what about my other views? I'm not good at open questions but I'll do my best. As a Christian I believe that the prime purpose of life is to worship God in Spirit and in Truth. That is liturgical. As a traditional Christian who believes in the Creeds and submits to the decrees of the eight General Councils, I believe that the only way to worship in spirit and in truth is by adhering to the catholic principle of continuity with the times past; that is by dutifully following the forms and orders of worship as practiced by our long fathers of old. This is why I vehemently reject all arbitrary, abrupt and gratuitous changes made to the sacred liturgy by centralized authorities who can, with the stroke of a pen, undo what took centuries to construct. For cynical traddie types that does not mean that I think that communal worship in an upper room with basic implements and not even the luxury of a printed book is authentic or desirable but there is a qualitative difference between superstitious obeisance to an institution that makes changes every time the wind blows just because it can, and remaining steadfast in Tradition. Like the Glastonbury monks, who were later turned out when they would not relent, who refused to accept the reforms imposed on them by the Norman usurpers "because they had grown up in the custom of the Roman Church." This is the exemplar of true traditionalism, not faithless practitioners of the 1962 rite. 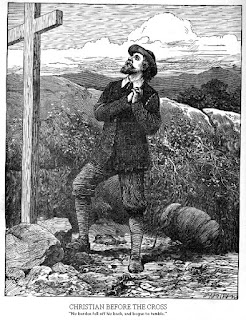 What else? Well, I am a mediaevalist. I believe that there was something more hale about the Western Church in the Middle Ages compared with what came after the Reformation. The rich and sometimes flowery traditions; devotion to the Blessed Virgin Mary, pilgrimages, books of hours, pointed architecture, and the universal, yet not uniform, celebration of the Roman Rite; all worthy of praise. I tend to agree with Giles de Bridport who said: "The Church of Salisbury shines as the sun in its orb among the churches of the whole world in its divine service and those who minister it, and by spreading its rays everywhere makes up for the defects of others." I think that the so-called "Tridentine Rite," even in its authentically Tridentine form, is impoverished by comparison; howbeit the Sarum Use as much surpasses the 1570 missal in beauty, ceremony and tradition as the 1570 missal surpasses the bastardised rite of 1962. But I do not adhere to the fundamentally mistaken principle that eld necessarily guarantees value. Although I said I was a mediaevalist, I do not believe that all liturgical "developments" of the Middle Ages were inherently good. Among these were the evolution of low Mass, the cult of the reserved sacrament, superstitious elevations, the visible decline of choral celebration of the hours outside of cathedrals and monasteries, and there is much else beside. Some of these things it was the wisdom of the Second Vatican Council to restore or correct, even if those reforms were distorted, misinterpreted or never took on in the desired way. Among the praiseworthy reforms of that synod were the correction of the antient Breviary hymns, hitherto mutilated by Urban VIII; the provision of high Mass without subdeacon, the effective abolition of low Mass as a distinct form of Mass; the restoration of concelebration, which went into abeyance in the Roman Rite at some point in the Middle Ages (although Aquinas mentions it as normal in his day); a widening of diaconal prerogative, to correct another abuse of the Middle Ages; and there are many besides. 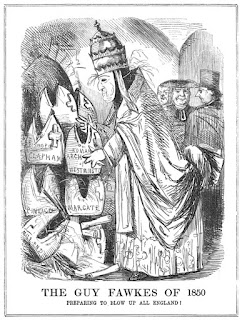 Notice the "Margate" one. There really ought to be no Popish bishops in England.

I entered the traditionalist world as a credulous and immature teenager who saw around me a banal and distasteful church, the church of John Paul II, and I believed, wrongly, that the Second Vatican Council was entirely to blame. These days I believe, rightly, that the present situation was inevitable from the time when the pope added the Filioque to the Creed and claimed universal and immediate jurisdiction over the Church. That leads to a vision of the Church as a mistress of slaves; slaves who are told what to believe and how to worship, or else. It leads to the destruction of the diaconate and episcopate. Leaving aside the question of the validity of Roman orders (they are objectively null and void) and Paul VI's abolition of the minor orders; I would argue that there are but two orders in the Papal communion to-day; Pope and priests. Bishops, being appointed by the pope directly, are just the pope's vicars and oracles in the dioceses, and deacons are of no importance at all, notwithstanding the efforts of Vatican II to revive that order. Monasticism has been severely compromised by the proliferation and recognition of other religious orders, the worst of them being the Franciscan order, of whose pestilential influence on the Roman Rite and the abasement of other liturgical rites in the Church there is not a single good word to be said. The tragedy of the contemporary Roman communion was wrought centuries before the fathers assembled in St Peter's in 1962. In such a system as I have just described, what room is there for Tradition? How can you say "just say no to 1965," as NLM's own Peter Kwasniewski delights in saying, and yet accept papal interference in the Creeds, the true form of which were cast in two silver tablets by pope Leo III, of memory eternal, for the love and preservation of the Orthodox Faith? As for me, I consider the Filioque to be an insignificant issue. What matters for me is the question of the pope's right to legislate of his own volition, independent of a General Council of the Church. There is no justification in Scripture or Tradition for what the Papacy is to-day, or has been for centuries. You can dress it up and quote Matthew 16:18 however much you like, but I am 100% convinced that papal supremacy, whether that is in the form of pope-mobiles and crowds of deluded cheerers, or papal coronations, or the old Papal State, or papal infallibility, it is at best a dangerous heresy and at worst the very seat of Antichrist in the Church. I met someone recently who described himself as a "papal minimalist." What on earth does that mean? Either the pope has all these powers of jurisdiction and interference, and can exercise them at his whim, or he doesn't. He either speaks infallibly, as infallibly as the Word of God, or he speaks fallibly like you or me. Either there exists a unique petrine ministry, which is necessary for the existence of the true Church, or there doesn't and it's all a load of rubbish. There is no reason the Bishop of Rome should be appointing the Archbishop of Westminster, or any bishop outside Italy. None whatsoever. That is papal supremacy in action, and it must stop.

I've gone on long enough. Suffice it to say that my view of the Papacy is the only one I can presently think of that could be considered even remotely "crazy," or "weird," or heretical" by Roman Catholics; but I'll amplify that and say by "traditionalist" Roman Catholics. Nice Roman Catholics like Dr Robert Taft, SJ, would probably agree with me in most respects, and he belongs to the Jesuit order, an order of priests under the immediate jurisdiction of the pope. As for my other views, I make no apology for them, many of which are considered "extreme," such as my aversion to wogs and Jews, and my view of the Jewnited States of America as the greatest evil empire the world has ever seen. But do any of you really care? I have no influence anywhere. What I did find disturbing was walking past a police car the other day on my way down to Blackfen (yes, there), and seeming to hear on the car radio my name mentioned. So I wonder, given my "weird," "crazy" and "heretical" views, whether I am on some database of possible terrorists. Maybe my mother's advocacy that I am just a "harmless crank" might not come in handy next time...
Posted by Patrick Sheridan at 1:28 pm
Email ThisBlogThis!Share to TwitterShare to FacebookShare to Pinterest