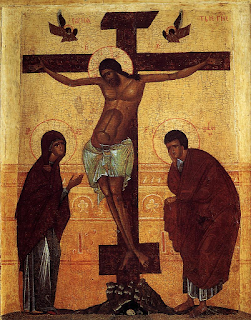 An Anglican priest (another splendid old bugger) once told me, in reply to my question about why he hadn't joined the Ordinariate (on account of his sincerely-held beliefs), that he thought it supremely unwise for men to change their allegiance, except in the rarest of circumstances, and he was far too old for such a change anyway. I thought when I went home (I am, after all, a bit slow in the uptake!) that that was an admonition for me to return to the Roman Catholic church and stop pretending to be an Anglican. Pretending! Surely pretending requires some effort? All that seemed to be required of me as an Anglican was to turn up on Sunday, or when I felt like it. I never felt as though I fit in anyway. Most of the congregation were wealthy, influential people; not riff-raff like me, and I found most of them too frivolous in matters religious. And as for being homosexual, they might have forgotten the sins of the cities of the plain, but I certainly hadn't. Nor shall I ever. So perhaps I was a pretender.

I was certainly not a pretend Roman Catholic, except perhaps in the last days when the veracity of the claims of that church crumbled not only before the Novus Ordo crowd (the ascendant ones, on whom I had given up around 2002) but also under the sheer weight of the hypocrisy of the traditionalists. It also occurred to me that the very existence of a "traditionalist" movement meant that tradition, something I always cared more about than allegiance, was no more. The Roman Catholic church soon became the bane of my life, and I railed against her with utter contempt. Long-standing readers know the story. This caused the disintegration of several former friendships (which I regret), and the loss of any credibility I might once have had (which I don't). To have carried on as a Roman Catholic in the baleful knowledge that it is a false religion would have been pretending.

Ever since my extrusion or flight from Rome, I have been houseless, witless, carried about with every wind of doctrine, as the Scripture says. I was thrust out into the wilderness of this world and my only notion of direction in this open field with no sign posts, but very many ditches, was simply not to go back but either to stumble on in search of some new home, or to sit down and perish alone. Among many of life's fateful choices, this latter seemed the best one for the time being. For the time being, mind you. After all, it is not enough to leave one church and rationalize that choice. Nor is it enough to simply sign up to another, bearing the old prejudices and regrets, and all the baggage that goes with with all that. The strait and narrow Way to life (Matthew 7:14; Acts 9:2) is not some casual tour of Vanity Fair; nor does the Way have much to do with high ecclesiastical policies, theology or gossip (see 1 Timothy 6:5); on the contrary "a broken and contrite heart, O God, shalt thou not despise," Psalms 50:17. Christ is the beginning and the end (Revelation 22:13), and He demands more than just a change of allegiance. Everything must be tried as by fire; your way of life, your seeing, breathing and hearing; your repose and your waking; your eating and drinking; your physical exercise; the literature that you read, and the music that you listen to; the thoughts in your head; the company you keep; your prayer. As Our Lord says, "Be ye therefore perfect, even as your Father which is in heaven is perfect," Matthew 5:48.

It is for these reasons that I have not (yet) joined the Orthodox Church. Conversion, true conversion to God, is not a question of liturgy, or the kalendar, or ecclesiastical polity (although these things have their eminent place); it is a question of Christ Our God, and at the present my faith is cold. I am, nonetheless, comforted by the words of St Bede the Venerable, who longed piously (as recorded of him by his friend and disciple St Cuthbert):

Posted by Patrick Sheridan at 1:55 pm
Email ThisBlogThis!Share to TwitterShare to FacebookShare to Pinterest