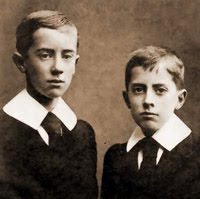 Of your charity please pray for the repose of the soul of J.R.R Tolkien who died 37 years ago today. In the last weeks of his life, he developed a chest infection, and three days before he died, he was taken to a private hospital where he was diagnosed with an acute bleeding gastric ulcer. He went to his long home early on Sunday morning. His Requiem Mass was celebrated in the church of St Anthony of Padua in Headington, Oxford. His son John (ordained priest in 1946) was Celebrant, and he was assisted by Fr Robert Murray, SJ (a family friend - I met him myself once, four years ago) and the parish priest, Mgr Doran as concelebrants. Liturgically it must have been awful, but such was the folly of those days I expect. He was buried beside his wife Edith in the cemetery at Wolvercote, in the area reserved for members of the Catholic Church. The headstone (wrought of Cornish granite) is inscribed thus: ''Edith Mary Tolkien, Lúthien, 1889-1971. John Ronald Reuel Tolkien, Beren, 1892-1973.'' Tolkien had wanted the name Lúthien inscribed on Edith's grave since it expressed more to him than a multitude of words. I would write something about the significance of Lúthien for Tolkien, but I think it would be too personal and intrusive of me. 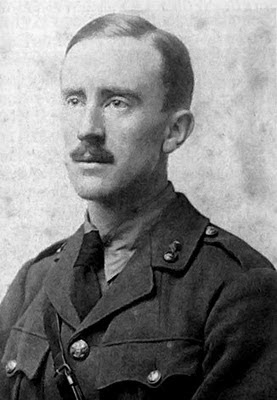 In August of 1952, Tolkien stayed with George Sayer (1914-2005, a former pupil of C.S Lewis, occasional Inkling, and a friend of Tolkien's) and his wife Moira at Malvern while Edith was with friends in Bournemouth. Together they walked in the Malvern hills, drove into the Black Mountains on the borders of Wales where they picked bilberries and climbed through the heather. They picnicked on bread, cheese and apples, with perry, beer and cider. Tolkien compared the hills to scenes from The Lord of the Rings. Tolkien had asked Sayer if he could help him in any way, and Sayer suggested that he do some work in the garden. Sayer recalled that Tolkien: ''chose an area of about two square yards, part flower border and part lawn and cultivated it perfectly: the border meticulously weeded and the soil made level and exceedingly fine; the grass cut with scissors closely and evenly. It took him quite a long time to do the job, but it was beautifully done. He was in all things a perfectionist.'' (''Recollections of J.R.R Tolkien,'' Proceedings of the J.R.R Tolkien Centenary Conference 1992 (1995), p.23).
When they went to Mass on Sunday, Tolkien leaned over to help some children in the pew in front of him to follow the Mass in a simple picture book Missal. Sayer recalled that: ''when we came out of the church we found that he was not with us. I went back and found him kneeling in front of the Lady Altar with the young children and their mother, talking happily and I think telling stories about Our Lady. I knew the mother and found out later that they were enthralled. This again was typical: he loved children and had the gift of getting on well with them. 'Mummy, can we always go to church with that nice man?''' (Ibid, p24). 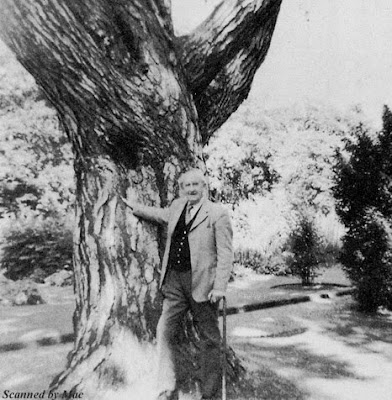 This is just one story I know of his life, a perfect expression of his humanity and love. I once asked an old friend, in sympathy to my liturgical views (though by no means sharing all of them) who was better off - we, in these after days, looking back on the ravages of heathen men, or Tolkien, who in his youth experienced the Old Rite in situ but was alive to see every stage of demolition? My friend answered that we were, and I remember agreeing with him at the time. I don't think that I would agree now, or at least I would be hesitant.
Eternal rest grant unto him, O Lord, and let perpetual light shine upon him. May he rest in peace. Amen.
Posted by Patrick Sheridan at 1:14 pm
Email ThisBlogThis!Share to TwitterShare to FacebookShare to Pinterest