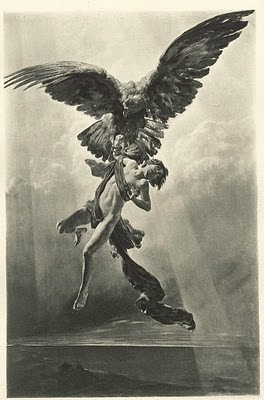 People confuse me.
Many of them are violently homophobic. From schoolboys who think that if you're ''gay'' you have some hideous and highly contagious disease, you're not to be taken at all seriously, and they're better off if you're avoided; to grown men (mostly of the lower echelons of society) who think (at least inasmuch as what goes on inside their heads is ''thinking'') along similar lines...surprisingly even some women I know are of this ignorant disposition (one going so far as saying that homosexual men should be shipped off to some island commune in the back of beyond, that is before she spat on the ground - this is a woman who is so full of herself that she mistakes sullen fear for respect). Now I am quite used to being universally despised; I'm just unfortunate enough to have been grievously afflicted in my life with people who don't like me very much. One of the tokens of my condition is the ability to say things as I see them, to express unreservedly what I think, in a not-very-diplomatic way (in fact one of the first essays I submitted at University was described by my tutor as ''highly conservative and militant''). I have long ceased to care what people think. There was a time, when I was growing up (and before I knew about autism), when I did, and it distressed me. It was my inability to cope with new situations, the fact that I ran out of things to say so very quickly (and trying to think of ''small talk'' just made me tired, literally) that people avoided me. I very often didn't hear about birthday parties in primary school etc. So many failed social attempts have just served to blunt me to humanity as a whole. One could call this tragic if I actually cared.
I digress. My point here is that homosexuality, while being ''officially'' acceptable in secular circles (indeed promoted, ''shoved down our throats'' as the saying goes - that is by propaganda and social custom) is still seen by most people as something risible, or funny. Why is this? Why do men froth at the mouth about homosexuality (let us disregard any other sexual ''aberration'' for argument's sake) when they can scarcely claim anything but perversion and incontinence in their own lives? I fail to see how someone who unrepentantly uses condoms, has promiscuous extra-marital sex with a series of partners, masturbates frequently, reads pornographic material etc has any right to pass judgement or ridicule someone for homosexuality - indeed I would fain suggest that such an individual is more seriously at fault in his own life. Or anyone. How can a woman who 50 years ago would have been sent to a home for fallen women (for having pre-marital sex) dare to suggest that homosexual men should be sent to a commune? Does anybody else see Christ in this ludicrous suggestion? How is it in any way more natural to have extra-marital sex than for two men to...do whatever it is they do? Public perception of sexual propriety just seems so imbalanced to me.
I expect that there is small comfort for homosexual men in the Roman Church; the official position being something rather patronising like: ''you have an awful cross to bear, be assured of our prayers (and raised eyebrows)'' rather than ''try to channel or direct your inclination to something chaste and fruitful, and put on Christ.'' What was it that Gandalf said about cold counsel...? Of course the trouble with being thought of as a heretic is people suspect that everything you say is a lie.
Posted by Patrick Sheridan at 2:50 pm
Email ThisBlogThis!Share to TwitterShare to FacebookShare to Pinterest