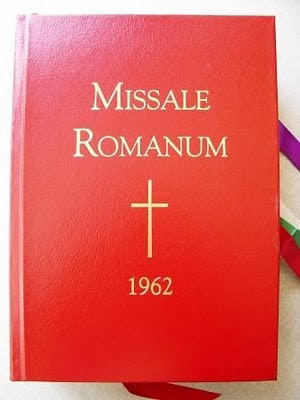 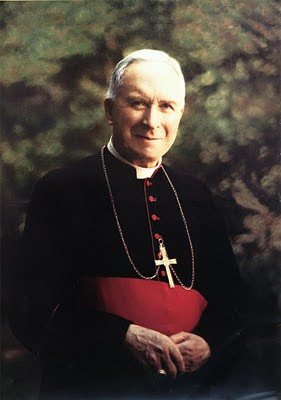 But according to ''the'' motu proprio, and contemporary Traditionalists, you can line them all up in fact, the liturgical books of 1962 were never juridically abrogated - how strange that no evidence is given to support this claim. Yet Paul VI issued his own motu proprio in January of 1964, which established the Consilium, and partly reformed the 1962 books. In the Autumn of the same year the S.R.C issued the decree Inter Œcumenici, which among other things abolished all choir ceremonies, the solita oscula, Psalm 42 and the Preparatory Prayers, prescribed that the Subdeacon no longer held the paten aloft during Mass, parts of the Canon were to be sung or said audibly, vernacular tongues were authorised for parts of the Liturgy, the Scriptures were now to be read facing the congregation, etc - my gosh how this is reminiscent of those conferences from the early 1950s! This new order of Mass came into effect in the Spring of 1965. Ecclesiae Semper regulated the customs of Sacramental concelebration and Communion under both kinds. In 1967 the S.R.C issued another decree, Tres Abhinc Annos, which ordered that in the Mass only one Prayer was to be said, abolished most genuflexions and Signs of the Cross, the use of the Maniple became optional etc. In 1968 three new Eucharistic Prayers were authorized, EPII (the worst in my opinion) being based on pseudo-Hippolytus. And finally in 1969 Paul VI promulgated the New Mass with the bull Missale Romanum, the abrogatory clause reading:
''The effective date for what we have prescribed in this Constitution shall be the First Sunday of Advent of this year, 30 November. We decree that these laws and prescriptions be firm and effective now and in the future, notwithstanding, to the extent necessary, the apostolic constitutions and ordinances issued by our predecessors and other prescriptions, even those deserving particular mention and amendment.''
Even if you still cling to the numquam abrogatam delusion, you can at least see that the texts and rubrics of the 1962 books at least underwent significant derogation between 1964 and 1969. But the question of abrogation, so important for canonical and pastoral reasons, still remains. Upon what does Summorum Pontificum base its claim that the '62 books were never juridically abrogated, and therefore in principle always permitted? I have studied this matter earnestly, and having perused all this liturgical legislation from the 1960s I have found no paragraph, no footnote, no citation, nothing which indicates that 1962 was allowed as an option, an ''extraordinary form'' of the ecclesial lex orandi. Indeed, numquam abrogatam makes no sense whatever in relation to the term ''abrogation'' as understood in Canon Law - it is a strange innovation with no warrant in the liturgical history of the Church. When Paul VI and John Paul II issued indults for permission to use previous rites (the 1971 Indult was for the rite of Mass as it was in 1967 by the way) they were precisely that - indults - extraordinary departures from the law for pastoral concern. Summorum Pontificum seems to say that two mutually contradictory and inferior liturgies amount to a single Roman Rite, within two usages. I fail to see how this corresponds to what was, at the time of the promulgation of the 1970 Missal, a given - namely that the New Rite replaced the ''more ancient use'' definitively. Indeed it was a given until John Paul II made his own Indult for use of the 1962 Missal in 1984, Quattuor Abhinc Annos, which served merely to play into the hands of the Lefebvrists - who only until recently (that is, the early 1980s) had anything to do with the '62 books (in most cases - the man himself celebrated Mass according to the 1967 rite). By 1984, of course, Traditionalism had changed. 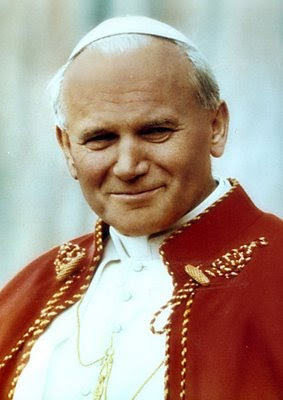 A study of how Catholic Traditionalism has changed since the 1960s would be too exhaustive for this post, although since it seems relevant to all that I have said it is advantageous that I devote some time to it. In the 1960s, the proto-Traditionalists of the Church, men like Evelyn Waugh (who significantly did not experience the Novus Ordo of Paul VI, having died in 1966 - what he objected to was the 1962 books, and subsequent editions of them) devoted their time to the defence of Tradition in clear defiance of vast ecclesial reform. If you look at Waugh's A Bitter Trial he complains about such things as the reformed rites of Holy Week (the Pacelli versions), the dialogue Mass (in the sense of a kind of imposed, forceful ''participation'' which detracts somewhat from one's spiritual union with the Ministers at the Altar), how the Church in Rome was destroying all that he held dear. One interesting letter to The Tablet from 1963 reads:
''Will you promote an appeal to the Holy See for the establishment of a Uniate Latin Church which shall observe all the rites as they existed in the reign of Pius IX?'' (Evelyn Waugh, A Bitter Trial, p.34). 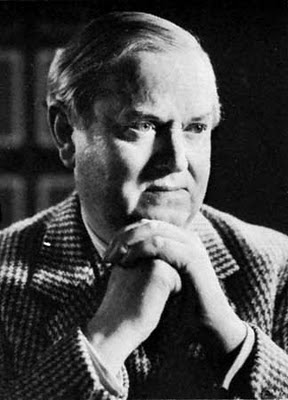