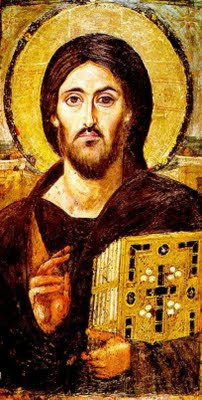 I went to a Roman church for Mass yesterday, rather outside the range of my experience (and sympathy) in many respects. The music was good (Byrd and Plainsong). I won't condescend to comment on anything else, though I was struck by the Rector's curious sermon, the general thrust of which seemed to be forgiveness as a necessary ordinance of the Gospel, though tinged with stuff reminiscent of Michael Davies and Traditionalist rhetoric for the TLM. Curiously he misquoted the Pater Noster, saying ''forgive us our trespasses as we forgive those,'' etc. It doesn't do to use this modern version of the Lord's Prayer. If one is accustomed to recite the Pater Noster in English (as I am occasionally, though not often), then one ought to recite it correctly, even so:

Our Father, which art in Heaven, hallowed be Thy name; Thy Kingdom come; Thy will be done, in earth as it is in Heaven. Give us this day our daily bread, and forgive us our trespasses, as we forgive them that trespass against us. And lead us not into temptation, but deliver us from evil. For thine is the kingdom, the power and the glory for ever and ever. Amen.
Posted by Patrick Sheridan at 1:32 pm
Email ThisBlogThis!Share to TwitterShare to FacebookShare to Pinterest