Please do as I say! 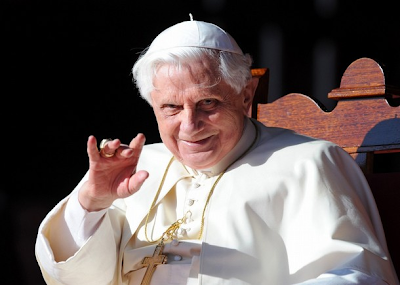 Our separated brethren the Roman Catholics are now expected to abstain from flesh meat on Fridays again. See here. Of course if you do eat meat, according to the clarification of the Bishops' Conference, you are not actually sinning - unless I am quite mistaken. Just seems a tad relativistic, inconsistent and ill-defined to me; and are we to take it all seriously? The discipline fell into abeyance because those who claim to possess apostolic authority did away with the obligation. It's like Liturgy, Canon Law...well any legislative matter in the Roman Communion. It doesn't matter which institutions have stood the test of time and have the backing of centuries of adherence (not to mention Divine Law); it's all about what the latest pope has said on a whim. How can modern day Roman Catholics reconcile the claims of Summorum Pontificum with previous liturgical legislation from the 1960s? To which authority does one ultimately render obeisance? Who decides? The pope? Didn't the pope wreck everything in the first place, or is it fitting to place the blame with his curial underlings who, by some art, did all the bad stuff under his nose?

This is evidence of that gross tendency in the contemporary Roman church to centralise everything. It's pathetic really, the last desperate power grab of a frail old queen who still clings to a fundamentally obsolete (and wrong) notion of Papal Supremacy. ''Ohhh, please do as I say! I'm the pope, and I hold the keys of the Kingdom!'' I rejoice that so few Romans take the modern Roman church seriously.
Posted by Patrick Sheridan at 7:26 pm
Email ThisBlogThis!Share to TwitterShare to FacebookShare to Pinterest