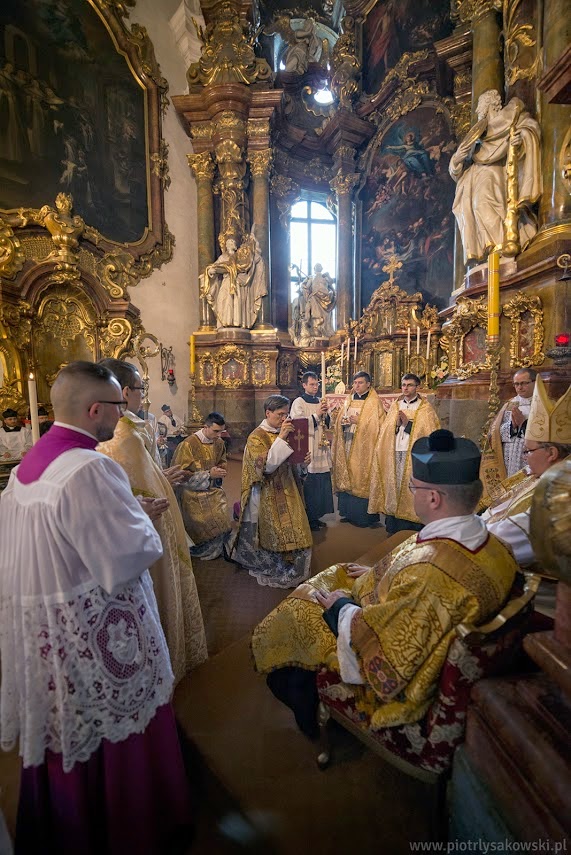 I got a swift reminder this evening from the New Liturgical Movement that I am officially barred from commenting there. I wouldn't have minded but when I saw what my comment was replaced with I have to say I became rather angry. There are people who comment there with absolutely no knowledge of liturgy whatever, spouting nonsense like "who is allowed to wear a cope at pontifical mass at the throne," and "I don't have my Fortescue handy so I don't know." Amateurs, nasty, wretched little amateurs. If you're that interested, why not go out and buy a Caeremoniale like I did? Have you never looked at the reference sections in Fortescue? Or maybe you can't read Latin?

These people make me sick. Traditionalists are either opinionated louts like John Zuhlsdorf or ignorant enthusiasts with no interest in liturgical accuracy who suck up to the former. No taste, no discerning, no souls. Decent people don't really like them. And what did Fortescue himself say of such people?

"I neither know nor care one straw whether the celebrant should or should not have a hassock to kneel on, nor which sort of Monsignore may use a Bugia [sic]..." (Letter to Edward Myers, 27th May 1918).

"...you cannot conceive how I loathe the idea of going into all that horrid business of the minutiae of tomfool modern ceremonies once again." (Letter to S. Morrison, 20th May 1920).

In other words, I am supremely confident that were Fortescue alive to-day he would have the same contempt for modern Traddies as I do.
Posted by Patrick Sheridan at 1:55 am
Email ThisBlogThis!Share to TwitterShare to FacebookShare to Pinterest