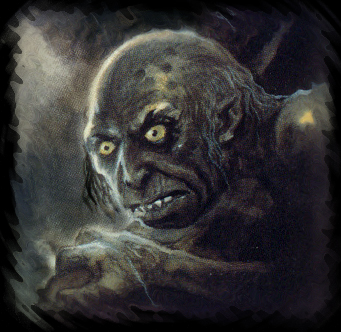 If I have any calling in life, it is to expose the ignorance and falsehood of traditionalists for the ridicule of the world. See the comment thread here on Fr Hunwicke's blog for a few gems. Anselm, by his typical comment, proves himself to be a true tradunculus, that is a nasty, wretched little Traddie. The air of intellectual and moral snobbery, of separatism, etc. It's like to qualify for their model Roman Catholick you have to sell your soul. No wonder they're so weird! And the reticence! Everything has some qualification; everything is "well perhaps," or "with hindsight," or "but, my lord pope, thy will be done!" God! Do you have no spine, sir?! Are you entirely innocent of the history of liturgy? I'm guessing that is so since you call upon your readers to re-read Summorum Pontificum. To what, pray, in that canonical and liturgical waste paper do you refer? "What earlier generations...sacred and great," perhaps? What rubbish! I dealt with Summorum Pontificum some months ago in a post that went unanswered!

"Very interesting indeed for private study and for a possible reform of the Usus Antiquior in fifty or so years time." Which is but to say that you oppose the use of the Saint Lawrence Press Ordo, which is the best liturgical ordo for use in the Roman Rite in modern times, in parishes and publick oratories. But why would you think it a suitable stimulant for further reform of the Extraordinary Form, presumably by the time you are dead? Why not bypass the red herring and simply say: "Oh, all very interesting as a museum piece but I rather think that people who go in for these outdated rites are fringe weirdos; we don't want that kind of influence in the Church!" Very condescending, I must say.

However the Usus Antiquior (1962) is also in continuity with what 'B John Henry Newman, Bishop Challoner, the English Martyrs, all the Saints (and sinners and common ordinary Christians) of the Western Church in the seventeenth, eighteenth, nineteenth, centuries' prayed. You speak of continuity but I cannot understand what you mean by that. Do you mean that continuity is there if we look harder? Or perhaps you and I reckon continuity in different ways? In my world, the world of reason, 2+2=4. In yours the answer is whatever the pope says. He is Peter!

If you don't believe me, then re-read 'Summorum Pontificum'. I have, again and again. Everything it says is a lie.

There is also this important question : 'Why not go back to the time before Pope St. Pius X, or even further back to the first edition of the Breviarium Romanum and the Missale Romanum ? Or even further back ? Oh, not that again! I've heard these arguments before. Following this logick, why express any liturgical preference whatever? Why not just content yourself with a via media Novus Ordo parish, liturgy said at the chair, hymns and lay readers and extraordinary ministers of communion? Yea more, why even undertake any study of liturgy? Since you are so ready to sacrifice your intelligence and integrity on the altar of Ultramontanism, why not go further and seek admittance at the insane asylum and sit with a dazed expression by a window you can lick when you get bored?

Despite unfortunate changes in the history of the Roman liturgy, we can still speak of continuity. One of the Nazis, I think it was Goebbels, said that if you repeat a lie often enough, people soon start to believe it. I would go further and say that Traddies are like the creature Gollum, wracked with doubt and stuck in a labyrinth of lies and formulas. They, like Gollum, repeat to themselves, over and over and over, the same hackneyed falsities, "before the Council," "wicked Bugnini," "Novus Ordo sprung on an unsuspecting episcopate," ad nauseum. It really is reminiscent of an inpatient psychiatric patient undergoing therapy. I can read the nurse reports now: "patient continues delusion that Paul VI is a subhuman monster," and "patient lacked affect after remonstrance about what really happened."

Change can also be beneficial too. What are you basing that on?

For example, the introduction of new feast days, more prominence given to the seasons of Advent and Lent, and ordinary Sundays, and 'some' simplification of rubrics. For example, supplanting feasts of considerable antiquity with new ones with no religious value? For example, the abolition of folded chasubles during Lent and Advent? For example, the obliteration of all commemorations on Sundays of occuring feasts? I don't know what you mean by simplification of the rubricks. Perhaps you refer to arbitrary changes like bows to a missal instead of the altar cross?

It is also worth re-reading Pope Pius XII's groundbreaking encyclical, 'Mediator Dei', specially in relation to 'archaeologism'. We should not be too hard on this great and venerable pope. I read Mediator Dei. I often spend my evenings reading the decrees of popes. The one thing that sticks in my memory is the reversal of the Lex Orandi, but we shan't go into that now. It's been done to death, like Swan Lake or Low Mass. Archaeologism? Mediator Dei might as well be called Ego sum Liturgia. "What I say, goes. I am the pope." That's all it boils down to.

Thank you. No, thank you!
Posted by Patrick Sheridan at 5:48 pm
Email ThisBlogThis!Share to TwitterShare to FacebookShare to Pinterest