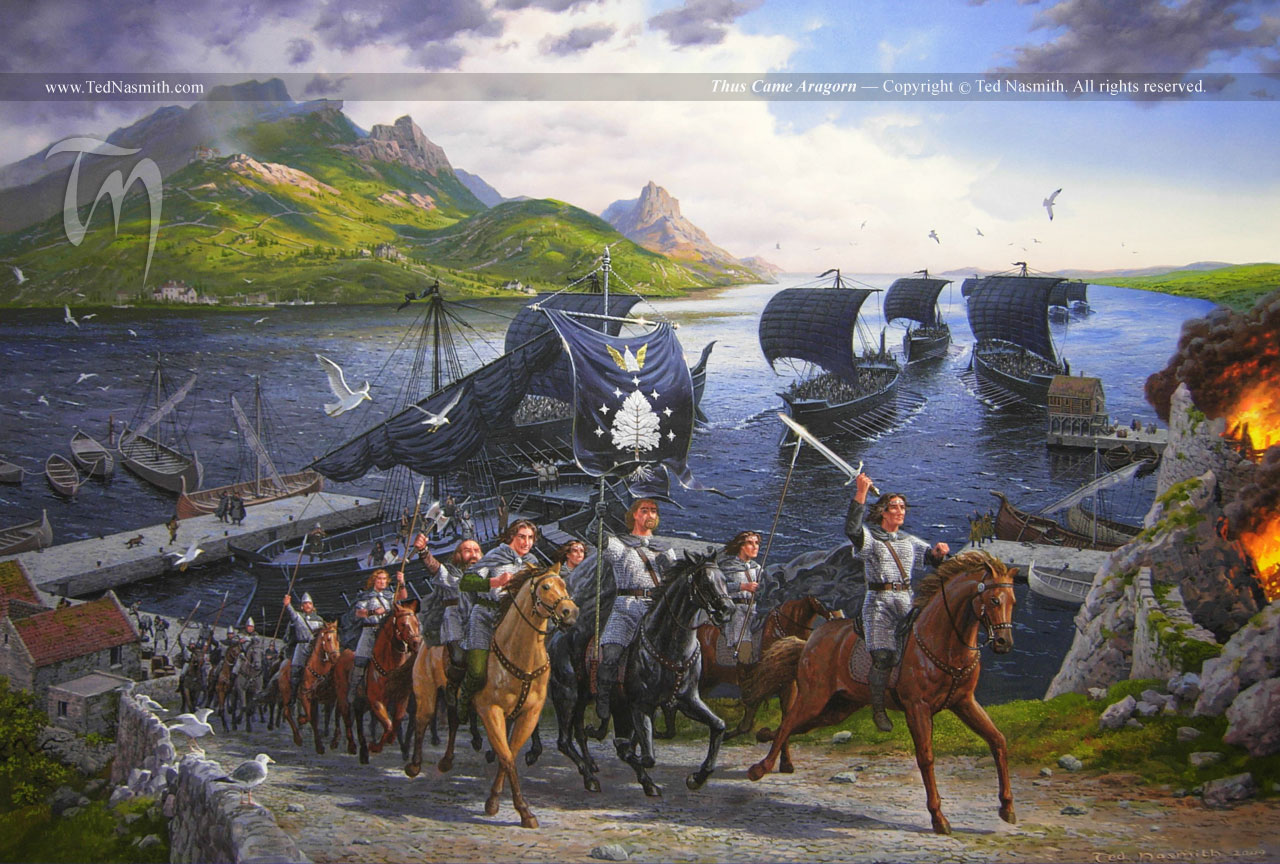 I wrote "Kingsfoil" in the small hours of Sunday night (for those of you who use the twenty-four hour clock, that means something like 03:00 of Monday); as a result some things didn't occur to me as they ought.

As mentioned, the Royal Touch was tied inextricably to the Coronation Service. It was, therefore, a token of dynastic legitimacy. In Aragorn's case, you will remember Frodo's discourse with Faramir in the woods of Ithilien in which Aragorn's claim to the throne was mentioned. Gondor had been a kingless state governed by the Stewards since the days of Mardil Voronwë, almost a thousand years before the War of the Ring. Eärnur, the last King of Gondor, had ridden with a small retinue to the gates of Minas Morgul to challenge the Witch-king but was ensnared by the Nazgûl, and was never seen again. He had no children; there was, therefore, no heir to the throne. The Númenóreans had no elective monarchy. Theirs was a system of agnatic primogeniture so when the line failed with King Eärnur, a new king was not elected from among the lords of the fiefs of Gondor - they would not be of the Line of Elros Tar-Minyatur - but the realm was committed to the Stewards of the House of Mardil "until the King returns." Therefore, while the Rangers of the South, at hearing Frodo's news of Aragorn, were moved by the great tidings he brought, Faramir, son of the Steward, was unmoved and said that "clear proofs will be required." And the proof, of course, would not only be the Sword that he carried but the Royal Touch.

"At the doors of the Houses many were already gathered to see Aragorn, and they followed after him; and when at last he had supped, men came and prayed that he would heal their kinsmen or their friends whose lives were in peril through hurt or wound, or who lay under the Black Shadow. And Aragorn arose and went out, and he sent for the sons of Elrond, and together they laboured far into the night. And word went through the City: 'The King is come again indeed.' And they named him Elfstone, because of the green stone that he wore, and so the name which it was foretold at his birth that he should bear was chosen for him by his own people." (The Lord of the Rings, Book V, Chapter VIII).

Having considered this, it is clear to me that Tolkien believed in the Divine Right of Kings.