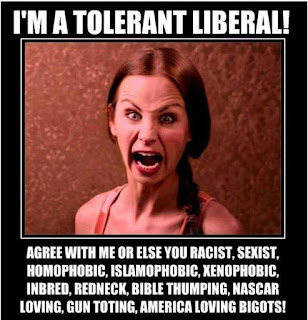 We hear a lot these days from sanctimonious liberals and high ecclesiastics about the EU "migrant" crisis. Pope Francis says: "countries that turn away migrants should seek God's forgiveness," and Vincent Nichols says: "We must keep at the front of our minds; these are people, human beings, families like our own." On my Twitter feed the other day I saw this: "they are human beings, made in the image of God, just like me," from a friend who is, sadly, another text book liberal. Just who do these people think they are? Because it seems to me that the very people crying out to let swarms (to quote, for the first and last time, our very own Mr Cameron) of foreigners overrun our green and pleasant land are the last who would actually do something for them. It is iniquitous and tantamount to hypocrisy. Why doesn't the pope invite ten thousand of these people to stay with him in the Apostolic Palace? I'm sure he can find room enough there since, in a shew of spurious humility, he decided not to live there. Is Vincent Nichols going to personally open the doors of his living quarters to "temporarily" shelter some of these allegedly "desperate" people? I sincerely doubt it. No, as is ever the way with liberals, they'd rather obviate the burden of responsibility in themselves and condemn others for their sullen fear and indignation at the visible prospect of their streets and neighbourhoods being turned into multicultural ghettos with no common language, culture or religion in the space of a few months and years just because we are told to have a moral responsibility to feel compassion for those fleeing tyranny and persecution; tyranny and persecution, I should say, that was created by career politicians with their senseless, reckless and utterly reprehensible interventionist foreign policies. And these ghettos are already here. There are places in London such as Woolwich and Peckham in which you'd have a hard time finding a white face, and the odd white face probably belongs to a Romanian or a Slav. And my own town Sidcup is fast going that way too. What will it be like when thousands upon thousands of these "migrants" end up here? It will be civil strife and poverty. Remember the London "riots" four years ago? That was a very multicultural affair!

Compassion is a trite word in this crisis. It's a word, much like the words "racist" and "bigoted," that is bandied about by the metropolitan elite to silence and denigrate those of us who don't like seeing African men walking about in pyjamas in our streets, as I saw only yesterday, or resent the erosion of our national identity and culture and its replacement by a pernicious void. But compassion, if it is genuine and not a fleeting sentiment, must be founded upon practicalities and immediacy. It seems to me that modern communications are so fast - with the Internet and television, and so on - that a burden is imposed on our compassion for which it was not designed by God. If you know someone, at your church or in your street, that is in distress - by sickness or grief, and so on - then obviously it is your Christian duty to feel compassion for them and undertake the works of mercy for their benefit. But that is a world apart from seeing in the news images of beached corpses and grieving parents who speak in a foreign tongue! Is it your duty to feel compassion for them? I don't think that it's possible, nor do I think that it is within Christ's ordinances to even try. I suppose that's a tangential way of saying: "charity begins at home." But using the said images as a pretext to bring about what is effectively a demographic revolution in Europe is a gross injustice to the indigenous people, and no amount of bogus compassion can excuse that. 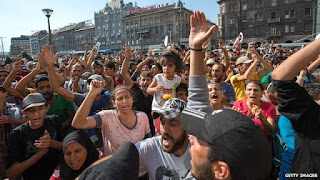 What is worse about this cynical compassion is the gullibility and idiocy that seems to go with it. The compassion is presumably felt by those who are, understandably, distressed by the undoubtedly pre-selected images on the television. But the gullibility and idiocy lie in the assumption that these people are genuinely fleeing persecution, and can therefore legitimately be classed as "refugees" or "asylum seekers," and not simply opportunistic moochers looking for a higher standard of living. If they really were refugees, why did they not stop their journey in Turkey, which is a democratic and secular state, or go into Golan instead? Or why do those fleeing from Africa not stop in the Balkans? Why are they absolutely determined to get to Germany, Britain and France? Genuine refugees do not start fights with local police. Genuine refugees do not chant slogans in unison in the middle of Budapest. Genuine refugees do not spread themselves over train tracks, intimidate the local people and bring cities to a grinding halt. Genuine refugees are hungry, terrified and in need of succour; not forceful young men. And a refugee, like the Infant Christ Our LORD, will no doubt go back into his own country when the trouble is past. I don't think that these "desperate migrants" have any intention of going back. Instead, it will be just as we have experienced over the past sixty years of unstopped and unstoppable immigration. These people will come here, they will suck our welfare, housing and healthcare systems dry and turn Europe into the places from which they've fled. They won't bother to learn our language, they won't bother to adopt our manners and way of dress, they won't adopt our religion, they won't buy from our shops, they will have no respect for our Royal Family; they will just live in their own communities, speaking their own tongues and with our "police service" and PC culture (pun intended) they will be given a free reign to say and do exactly as they please. And we can only look on in sullen fear, afraid to raise any objection because we are seen to be without compassion, racists and bigots. 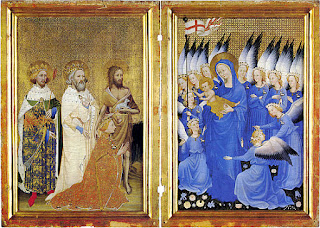 So in the name of Great Britain (or what's left of it), of old St Mary's Dowry, I declare my total and unflinching opposition to the reception of any of these migrants. It's a terrible shame that things have come to this pass. I do not delight in seeing wailing mothers and the other unpleasant (but, as I've said, pre-selected) images, but it's out of my responsibility and control. All I care about is the Church, and my family and friends, and my enemies for those of you ready to quote Scripture at me. But who knows, maybe my empathy and experience will be infinitely widened one day when, not long from now, I am forced to flee, like many a Christian Englishman, from this once homogeneous, white Christian land. Till then, I will not suffer to be called bigot just because I have the misfortune to be English and Christian in a nation that once gloried in those things.

UPDATE: It's encouraging to see exactly the same sentiments expressed here by Dr Michael Scheuer.
Posted by Patrick Sheridan at 1:38 pm
Email ThisBlogThis!Share to TwitterShare to FacebookShare to Pinterest