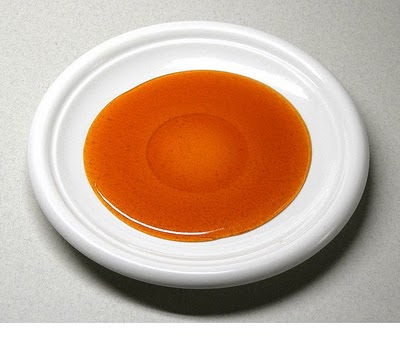 Cooking things was what appealed to Georgina. ''Let's make caramels,'' she said.
I was surprised that two people in a kitchen could make caramels. I thought of them as a mass-production item, like automobiles, for which complicated machinery was needed.
But, according to Georgina, all we needed was a frying pan and sugar.
''When it's caramelized,'' she said, ''we pour it into little balls on waxed paper.''
The nurses thought it was cute that we were cooking. ''Practicing for when you and Wade get married?'' one asked.
''I don't think Wade is the marrying kind,'' said Georgina.
Even someone who's never made caramels knows how hot sugar has to be before it caramelizes. That's how hot it was when the pan slipped and I poured half the sugar onto Georgina's hand, which was holding the waxed paper straight.
I screamed and screamed, but Georgina didn't make a sound. The nurses ran in and produced ice and unguents and wrappings, and I kept screaming, and Georgina did nothing. She stood still with her candied hand stretched out in front of her.
I can't remember if it was E. Howard Hunt or G. Gordon Liddy who said, during the Watergate hearings, that he'd nightly held his hand in a candle flame till his palm burned to assure himself he could stand up to torture.
Whoever it was, we knew about it already: the Bay of Pigs, the seared skin, the bare-handed killers who'd do anything. We'd seen the previews, Wade, Georgina, and I, along with an audience of nurses whose reviews ran something like this: ''Patient lacked affect after accident''; ''Patient continues fantasy that father is CIA operative with dangerous friends.'' (Susanna Kaysen, Girl, Interrupted).
Posted by Patrick Sheridan at 12:18 pm
Email ThisBlogThis!Share to TwitterShare to FacebookShare to Pinterest