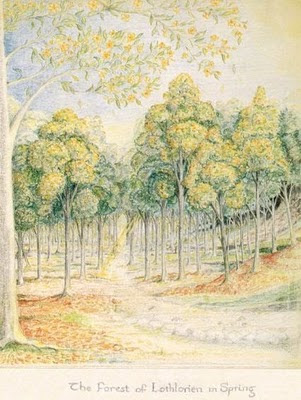 This afternoon I had an interview at the University of London with the admissions tutor for my new BA in Classics. I expect that the interview went well, although since I find it extremely difficult to develop a natural rapport with someone I've only just met (all part and parcel of being wonderful Patricius, I expect), who can say? The question first asked, which would seem the most pertinent (why Classics?), I found the most difficult to answer articulately. Being loath to say something like; ''because I think that the ancients were bloody geniuses,'' I just meandered about the subject and my admiration for Virgil and Catullus. During the course of the interview, a Scripture passage occurred to me: Ubi enim est thesaurus tuus, ibi est et cor tuum, (Matthew 6:21), and I was reminded of that wonderful dream St Jerome had, where he was scourged before the Judgement seat of the Judge. So bright was the countenance of the heavenly court that he durst not raise his eyes and he prostrate himself on the ground. Asked what ''rank'' he was, and he answered a Christian. ''You lie,'' answered the Judge. ''You are a Ciceronian, not a Christian'' and the Judge had him flogged, and he was tortured in conscience, for ''in the grave, who shall give thee thanks?'' (Ps.6:5), and he cried out ''Lord have mercy'' and those present, making intercession unto the Judge on his behalf, besought the Judge to take pity on the man's youth. And St Jerome swore an oath unto the Lord saying: ''Lord, if ever again I possess worldly books, or if ever again I read such, I have denied thee.'' St Jerome returned then to the world and then read the Scriptures with greater zeal. (See, St Jerome, Epistle XXII.30).
Hmmm. Interesting! In my application I said that chiefly I translate Scriptural and liturgical texts which, in comparison with real Classical works (such as you will find in the Odes of Horace and the Eclogues of Virgil - although it is a prejudice that all Late Latin is rubbish (much of it is - Egeria, although interesting, makes frequent mistakes - confusing suum with eius being one glaring example)), are rather mean and uncouth in style and grammar. This is purely because they are easier, by far, than Caesar and Cicero, and I am awfully lazy.
The aforesaid dream of St Jerome is interesting, though, from a certain perspective. Most prominent literary Catholics (and non-Catholics) studied Classics - Oscar Wilde, J.R.R Tolkien, C.S Lewis, Timothy Ware, John Hunwicke etc. Classics is really the sister-discipline of Theology. But in St Jerome's case, which is an extreme case, what room is there left for it? It doesn't do to renounce ''worldly books'' in my view as hopelessly pagan. Equally it doesn't do to turn into people like Urban VIII and his team of resurrected Horaces and spurn ancient Christian hymnody, even if the style isn't great (I don't know...I tend to view some of them as being composed by authors highly skilled in the Latin tongue and purposefully using certain strange words and syntactical constructions to emphasise certain theological points - look at the Dies Irae - Cicero would hate it!) You can't really understand the Latin and Greek languages without having some knowledge of the ancient literature which eternally enshrines them. Tolkien, however, was a renegade in the Classics, and was moreover wilfully in exile among barbarians for his 34 year long professorship at Oxford!
Still, I am rambling now. On the way home I purchased Klaus Gamber's The Reform of the Roman Liturgy in St Paul's bookshop, which surprisingly I have not read hitherto. It is ages since I read The Modern Rite (and I remember agreeing with it at the time - I wonder if I would now?), and this one looks bad historically already - I read about a quarter of it sub arboribus in horto matris meae and his short discourse on the history of liturgical reform makes two short references to Pius XII, and even makes the ill-informed statement: ''...not a single predecessor of Pope Paul VI has ever introduced major changes to the Roman liturgy...'' I may write about it when I get the chance.
When I got bored in the garden, I thought that if there were a dishy young female Pope, I'd do whatever she said...
Posted by Patrick Sheridan at 7:12 pm
Email ThisBlogThis!Share to TwitterShare to FacebookShare to Pinterest