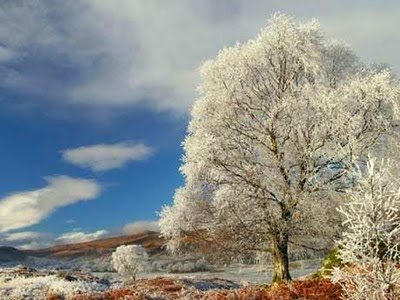 According to Humphrey Carpenter, J.R.R Tolkien contributed some thirteen poems to the collection Songs of the Philologists. Some are mildly satirical, whilst others (such as this one) display Tolkien's remarkable linguistic erudition. The poem, called Bagme Bloma (a birch poem, meaning ''Flower of the Trees''), is in the Gothic language (once a Western liturgical language), especially beloved of Tolkien, and which is known chiefly through a fragmentary translation of the New Testament (perhaps an erudite reader might tell me: who was the only Gothic Bishop at the Council of Nicaea, 325?). Of the 54 words of this poem, 35 are actual Gothic words. The rest are based on erudite ''guess-work'', based on comparative philology and common root-forms in Old English and related Germanic languages. Wasn't it Robert Taft who said that like philology, Liturgy is a comparative study, and one can scarcely claim to be a ''liturgist'' knowing only one tradition as one can claim to be a philologist knowing only one language. At the end of his life Tolkien had mastered 28 languages. That gives you a measure of the man who is, I may say, dishonoured by the film ''trilogy''...
I digress. Here is the poem:
Brunaim bairiþ Bairka bogum
laubans liubans liudandei,
gilwagroni, glitmunjandei,
bagme bloma, blauandei,
fagrafahsa, liþulinþi,
fraujinondei fairguni.

The birch bears fine leaves on shining boughs, it grows pale green and glittering, the flower of the trees in bloom, fair-haired and supple-limbed, the ruler of the mountain.
The winds call, they shake gently, she bends her boughs low in sport; smooth, straight and white-barked, trembling she speaks a language, a bright token, a good mystery, blessing my people.
Evening grows dark with clouds, the lightning flashes, the fine leaves fly free, but firm and faithful the white birch stands bare and waits, ruling the mountain.
This translation is by Tom Shippey, the erudite (albeit atheist) Tolkien scholar. I am of the (unpopular) opinion that you cannot really understand Tolkien unless you think like a Catholic - that is a Catholic of Tolkien's disposition. Tolkien was no Ultramontanist (he was vastly more intelligent than that), although during the dread years of his life's end he could think of nothing better than to pray for the Pope. I wonder what went through his mind as he saw the rapid collapse of traditional Liturgy. Sometimes when I think of those years I am more angry for proto-Traditionalists like Tolkien than anything else. Imagine Tolkien's experience of Palm Sunday, 1956...
Posted by Patrick Sheridan at 11:03 pm
Email ThisBlogThis!Share to TwitterShare to FacebookShare to Pinterest