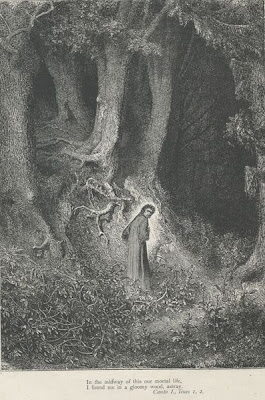 Since the Council of Trent the Roman Liturgy has been under the thumb of the Popes - one man among many men, and coming after a venerable tradition - whether he be Vicar of Christ or no. Reform (or ''renewal'', ''organic development'' or whatever) of the Roman Liturgy since then has been questionable at best, deplorable at worst. Questionable - Leo XIII's votive offices. I don't like the idea of a ''Votive Mass'', and I never have. I don't like the idea that anyone can simply interrupt the Kalendar, which is the Church's ''living memory'' (in the Tolkienian sense of Elvish memory, where memory is more like to waking life) of the mysteries both of the Redemption (the Temporale) and the Incarnation (the Sanctorale), even for a grave cause, at their whim. I don't think many people fully appreciate the fundamental importance of the Kalendar - it is the cycle of the liturgical year which gives the Sacred Liturgy meaning beyond ritual. Mass without the Season would be rather pointless in my view. And so Leo XIII's authorisation for secular clergy with many calls to answer to simply supplant the lengthy ferial office with a votive office of their choosing (unless I am quite mistaken) was a mistake, and potentially a grave one, but there are worse evils.
Deplorable - just about everything Pius XII did. I don't have the time or inclination to go through absolutely every abuse that Romish Man of Sin (now in Hell) did to the Tradition of the Church (post-'56 Holy Week and Signum Magnum are among the worst crimes of the Church), but the point of this post is simply to ask an honest, genuine (no barbs attached) question: Why do Traditionalist Catholics blame the Second Vatican Council for the pathetic state of the Roman Liturgy when the problem goes much further back? It is the Papacy that is the sole cause of the problem, not the ''spirit of Vatican II''; it is the Papacy, not subordinates in the Vatican (liturgical periti - poor old Bugnini), which is to blame for Signum Magnum. Take Urban VIII's pseudo-Classical hymnody - hundreds of years before Bugnini was born (and ironically those hymns were only put right because of the Second Vatican Council!); how is this abuse in any way related to Modernist tendencies in liturgical theology in the 1960s? It isn't - and there is such a thing as a liturgical abuse not related to Modernism (Low Mass is such an abuse), because Liturgy can be abused in many ways; although it seems that many people do not (or cannot, being the prisoners of their own vanity, blind obedience and ignorance) connect cause to effect.
Of course Pius XII is now the ''venerable'' Pius XII...put a monstrous Pope on the path to canonization and you make him above reproach (like Pius X, the hero of Tradworld), at least to the sort of riff-raff who come out with such nonsense as Roma locuta est, causa est finita, let the wisdom of Rome look to it etc (I personally have never mistaken centralized bureaucracy for the will of God just because the Vatican assigns some stupid title to the process, such as ''the apostolic,'' or ''the most holy.'' But I have no qualms!
People who might froth at the mouth at the very thought of a pope being in Hell might like to read Canto XIX of the Inferno. Dante, a supreme poet, was very candid about Boniface VIII among other popes...
Of course such honest questions as these go unanswered, and the people who ask are poor heretics for asking.
Posted by Patrick Sheridan at 3:43 pm
Email ThisBlogThis!Share to TwitterShare to FacebookShare to Pinterest