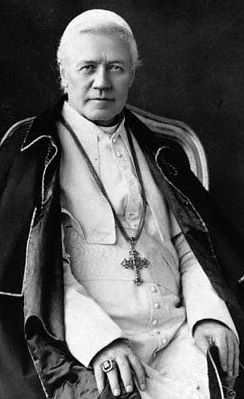 Four years ago I visited Dublin. It was 21st August, the feast of Pius X in the New Kalendar. I went to Mass in a Roman church where a priest said ''a few suitable words'' (as the Shire hobbits would say) about what old Pius had done for the good of the Liturgy - nothing worth repeating, I daresay. I went on afterwards to the Cathedral church of St Patrick (in the Church of Ireland, the church of my grandmother), where they put on a respectable Evensong. When the Minor Canon got to the Collect ''O God, from whom all holy desires...'' I burst out laughing because the irony of the Roman priest's words returned to me. ''Deus, a quo sancta desideria...'' was, of course, a Collect sung at Lauds and Vespers in the Roman Office before the 1911-1913 reform. The preces too can be found in the traditional Roman Office (the Prayerbook having the liturgical books of old Sarum as the source). What's ironic about it? Well, if you want a taste of the traditional Roman Office, why not just go to the local Anglican church where they put on Prayerbook Evensong!

Actually I haven't been to Dublin for close to 10 years. This was a story told to me by a very good friend of mine - it sounds better when told in the first person. It is, as you know, the feast of All Saints (a blessed feast to you all), and the first centenary of Pius X's bull Divino Afflatu, which relegated the traditional offices of the Breviary to the stacks of Cathedral libraries and the private collection of liturgical scholars. Who controls the present controls the past, and all that. Rorate Caeli have thought it fitting to mark the centenary, though after a manner disconsonant with the very names they name unto themselves, of ''catholic'' and ''traditional.'' See here.

I must say my favourite quote from Divino Afflatu, by which old Sarto cast odium upon the tradition of the Church, is this:

This we publish, declare, sanction, decreeing that these our letters always are and shall be valid and effective, notwithstanding apostolic constitutions and ordinances, general and special, and everything else whatsoever to the contrary. Wherefore, let nobody infringe or dare to oppose this page of our abolition, revocation, permission, ordinance, precept, statue, indult, mandate and will. But if anybody shall presume to attempt this let him know that he will incur the indignation of almighty God and of his apostles the blessed Peter and Paul.

J.R.R Tolkien thought that the reform of Pius X was the greatest of his lifetime, ''surpassing anything, however needed, that the Council will achieve.'' He was writing in 1963, after the reforms of Holy Week by Pius XII. I wonder what he thought, nigh a century ago, when he went to Mass on Sunday expecting the feast of so-and-so and his priest came from the vestry in green vestments? When I do my doctorate in Tolkien I aim to investigate such questions. I think that, little though this might seem, they reflect upon his work. More on this in a later post. I am tired, it's been a long day (having been up since half past four), and I have another early start (and late night) tomorrow.
Posted by Patrick Sheridan at 10:37 pm
Email ThisBlogThis!Share to TwitterShare to FacebookShare to Pinterest