More on the mayoral election... 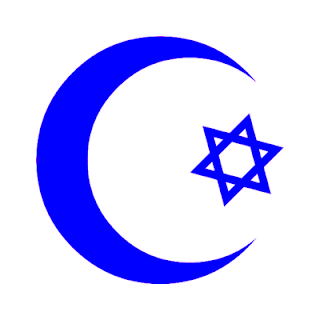 Moments ago I actually deleted a draft post about Sadiq Khan. I wish I hadn't now because I have just seen this brilliant and succinct post over on Fr Andrew's blog, which sums up everything that I would have said. He writes:


"What the foreign-controlled British and EU media did not report was that the other main candidate to be Mayor of London was, like David Cameron, an Old Etonian of Jewish origin. Son of a billionaire and one of the richest men in the UK, he is also married to a banking heiress, a Rothschild. Had he been elected, would there have been headlines, ‘Jew elected Mayor of London’? Of course not. Significantly, in the last few days, the foreign-owned British media have launched a vilification campaign both against the new Labour Muslim Mayor of London and against the Labour Party, accusing it of anti-Semitism, whereas in reality it is simply pro-Palestinian (we should note that the Palestinians are Semites) and anti-Zionist (We should note that, according to the UN, Zionism is racism, and we should add that many Jews are anti-Zionist and most Zionists are Non-Jews)."

Absolutely. Far be it from me to add to where Fr Andrew left off, but I would say also that the smear campaign against Mr Khan's own honest campaign really plays into the hands of the Islamists. Probably one of the principal reasons they attack us is our cynical tendency to identify as extremists/terrorists/Islamists, whatever you like, any Muslim country, organisation or person that we simply do not like. For example, I can think of people close to home who hate Muslims and voted for the Old Etonian billionaire Jew just to keep Mr Khan out for no other reason than he is a Muslim (and universal suffrage is a good thing?). How strange for a socialist (the person I have in mind), who decries privilege and constantly extols people who work their way up in this world. There's a word for that: bigotry.

It seems to this old cynic that if we're going to take the Islamist threat seriously then it is better that we have a Muslim at the helm than a pro-USA, pro-Israel billionaire Jew.
Posted by Patrick Sheridan at 8:11 pm
Email ThisBlogThis!Share to TwitterShare to FacebookShare to Pinterest