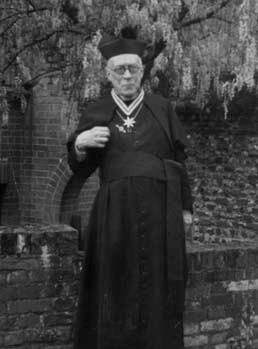 Long before the pope of Rome took it upon himself to swallow up many last remnants of the Church of England and then proclaim these remnants to be "treasures worthy to be shared;" that is, in the days when the liturgy of the Prayer Book was seen by Rome as an "impious rite" and ecumenism was a terrible sin; priests of the Anglo-Catholic tradition were wont to dress after the manner of their Roman brethren in order to emphasise their belief that they shared in the same priesthood. Fr Henry Joy Fynes-Clinton, cardinal rector of St Magnus the Martyr, is a prime example of this tendency. On the other side of the ritualist divide (the side that lamentably lost), the great Percy Dearmer advocated the wearing of academic gowns and tippet over the double-breasted cassock as ordinary clerical street attire, attire which he took to be faithful adherence to the liturgical law of the Church of England. Of course, the irony of Dearmer's interpretation was that he would walk the streets of London and endure raspberries and shouts of "no Popery" for dressing in an ancestrally Anglican way! He would retort: "do you realise that this is the very costume in which Latimer went to the stake?" 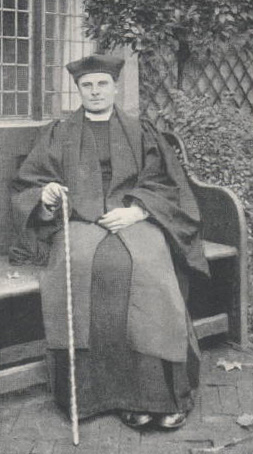 Is it too much to hope that the clergy of the Ordinariate of Our Lady of Walsingham, including the reverend Archdeacon Keith Newton, might adopt the wisdom of Percy Dearmer and dress in a more traditional Anglican manner; now that they do share in the Roman priesthood?
Posted by Patrick Sheridan at 9:00 am
Email ThisBlogThis!Share to TwitterShare to FacebookShare to Pinterest