Hammer of the Underworld... 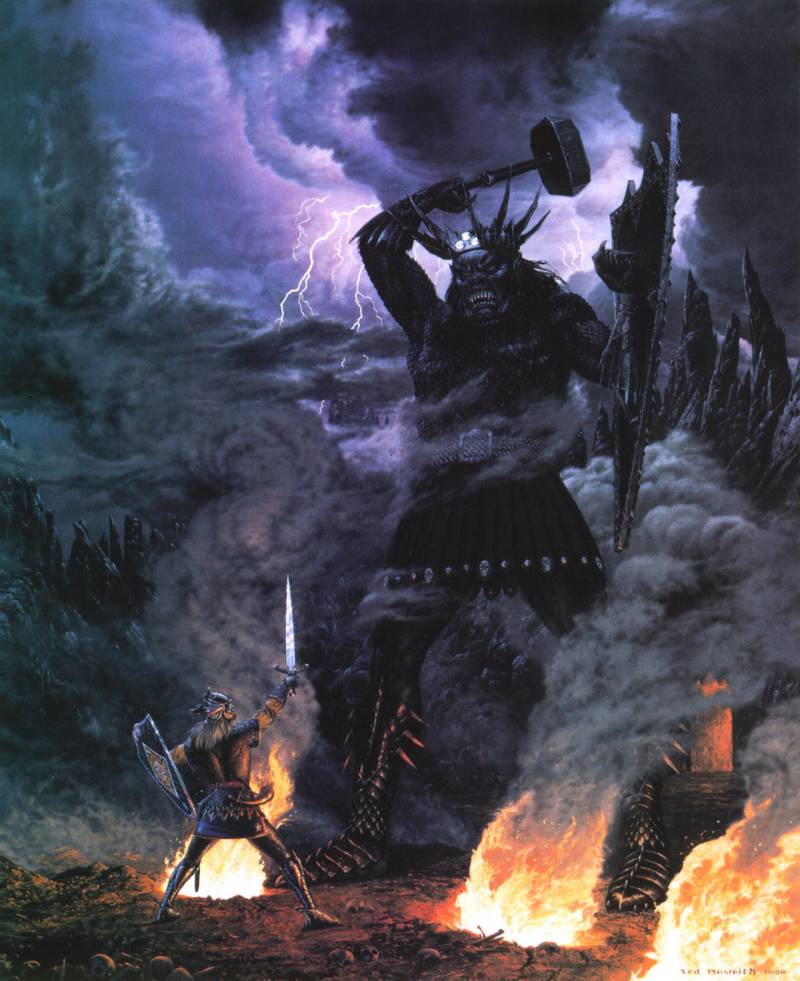 After the Battle of Sudden Flame the high king of the Gnomes beheld, as it seemed to him, the utter ruin of Beleriand and he was resolved to make amends. So he did on his silver arms, his white helm, his sword Ringil and his blue shield set with a crystal star and mounting his great steed he rode northwards and none might restrain him. Those that beheld him fled in amaze, fearing that Oromë himself was come, for the eyes of Fingolfin shone as the eyes of the Valar in their wrath. And coming at last to the brazen doors of Angband, he smote upon them and blew his born, calling upon Morgoth himself to come forth to combat. "Come forth!" he cried, "thou coward king to fight with thine own hand! Den-dweller, wielder of thralls, liar and lurker, foe of God and Men, come! For I would see thy craven face!"

And Morgoth came. For he could not refuse such a challenge before the face of his cardinals, and Fingolfin withstood the dark lord, though he towered above the Elven-king like a storm above a lonely tree, and his vast black shield unblazoned overshadowed the star of Fingolfin like a thundercloud. Morgoth fought with the great hammer Grond, which he wielded as a mace, and Fingolfin was swifter, avoiding the strokes of Grond as they rent the earth. Seven times Fingolfin wounded Morgoth with Ringil, and the cries of Morgoth echoed in the north-lands. But at last Fingolfin stumbled and Morgoth set his foot upon his neck and crushed him. In his last throe Fingolfin pinned the foot his enemy to the earth with Ringil, and the black blood gushed forth and filled the pits of Grond, and Morgoth went ever half thereafter. Now lifting the body of the king, Morgoth would break it and cast it to his wolves but Thorondor coming suddenly assailed him and marred his face, and snatching away the corse of Fingolfin bore it aloft to a high place north of Gondolin; there the eagles piled a great cairn of stones. Great was the lamentation in Gondolin when Thorondor brought the tidings for many of the people came of the House of Fingolfin.

But Rochallor, Fingolfin's horse, stayed beside the king until the end, but the wolves of Angband assailed him, and he escaped their jaws for he was swift, and coming to Hithlum, he broke his heart and died.

Art: Ted Nasmith. Colourful, but not at all as I imagined Morgoth or Fingolfin.
Posted by Patrick Sheridan at 3:00 pm
Email ThisBlogThis!Share to TwitterShare to FacebookShare to Pinterest