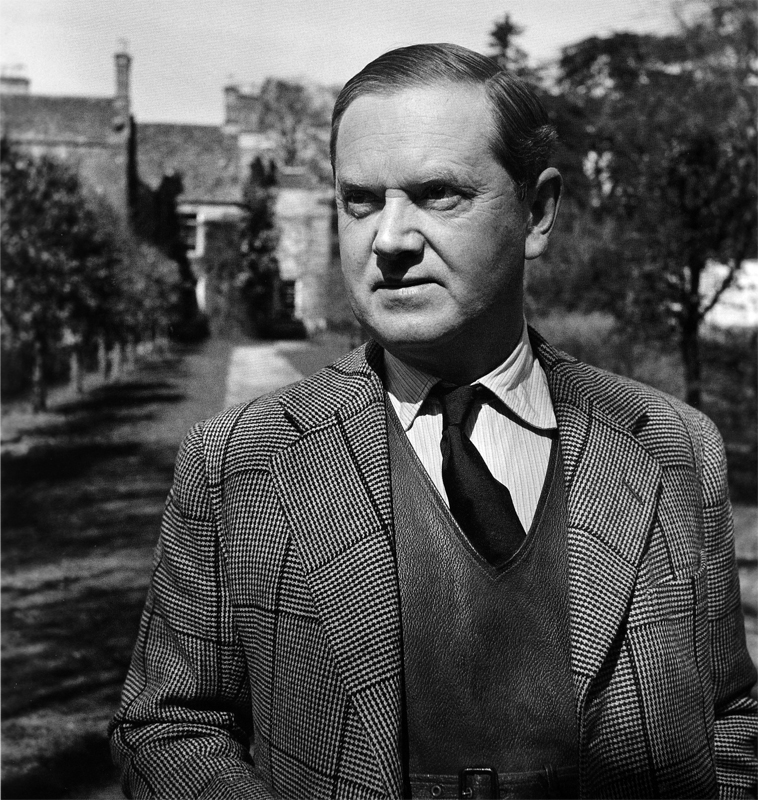 I always preferred Cecil Beaton (he and Waugh were contemporaries, having gone to the same school) but Waugh wrote iconic literature. In a 1962 article entitled The Same Again, Please, Waugh said:


During the last few years we have experienced the triumph of the "liturgists," in the new arrangement of the services for the end of Holy Week and for Easter. For centuries these had been enriched by devotions which were dear to the laity - the anticipation of the morning office of Tenebrae, the vigil at the Altar of Repose, the Mass of the Presanctified. It was not how the Christians of the second century observed the season. It was the organic growth of the needs of the people. Not all Catholics were able to avail themselves of the services but hundreds did, going to live in or near the monastic houses and making an annual retreat which began with Tenebrae on Wednesday afternoon and ended with midday on Saturday with the anticipated Easter Mass. During those three days time was conveniently apportioned between the rites of the Church and the discourses of the priest taking the retreat, with little temptation to distraction. Now nothing happens before Thursday evening. All Friday morning is empty. There is an hour or so in church on Friday afternoon. All Saturday is quite blank until late at night. The Easter Mass is sung at midnight to a weary congregation, who are constrained to "renew their baptismal vows" in the vernacular and later repair to bed. The significance of Easter as a feast of dawn is quite lost, as is the unique character of Christmas as the Holy Night. I have noticed in the monastery I frequent a marked falling-off in the number of retreatants since the innovations or, as the liturgists would prefer to call them, the restorations. It may well be that these services are nearer to the practice of primitive Christianity, but the Church rejoices in the development of dogma; why does it not also admit the development of liturgy?

What is striking about this is that Waugh was writing disparagingly of the reformed liturgy as it was in that arbitrary, yet significant, year 1962. 1962? Just think! This was before the Second Vatican Council; before whatever edition of the 1962 missal you like; before Sacrosanctum Concilium; before the various Pauline decrees which came after, Sacram Liturgiam (1964), Inter Œcumenici (1964), the new order of Mass (1965), Tres Abhinc Annos (1967); before new Eucharistic prayers (1968), before the promulgation of Missale Romanum (1969), which abrogated the 1962 missal. Long before the "Heenan indult;" long, long before John Paul II's provisions and "the" motu proprio which defiled Holyrood Day.

My questions, therefore, are simply: do you honestly think that Evelyn Waugh would welcome or even countenance Summorum Pontificum? Is it possible that, had Waugh lived to see the publication of Summorum Pontificum and had fallen foul of its provisions he'd have published his full blast against it, and them that welcomed it with open arms? Is it conceivable that, being a founding member of the Latin Mass Society notwithstanding, he'd have been thrust out into the cold dark of oblivion for his opposition, for his lack of vehement Ultramontane zeal? Would he have been treated as a pariah?

There are no prizes for guessing the answer to those questions. And answering those questions truthfully, ask yourselves this: is it really your moral obligation, as supposedly avowed of Tradition, to accept the "generosity" of Rome as expounded by pope Benedict XVI in Summorum Pontificum? Forget that mere generosity and the exercise of authority cannot compensate for decades of liturgical abuse. Have you not, rather, fallen into the Lefebvrist trap? The arrogant Lefebvrists may enjoy defective liturgy (let them get on with it!) but I really don't see why it should be accepted and promoted in the mainstream Church as a more decorous alternative to clown masses and such rot! I'm sure that Evelyn Waugh would think the same.
Posted by Patrick Sheridan at 12:00 pm
Email ThisBlogThis!Share to TwitterShare to FacebookShare to Pinterest